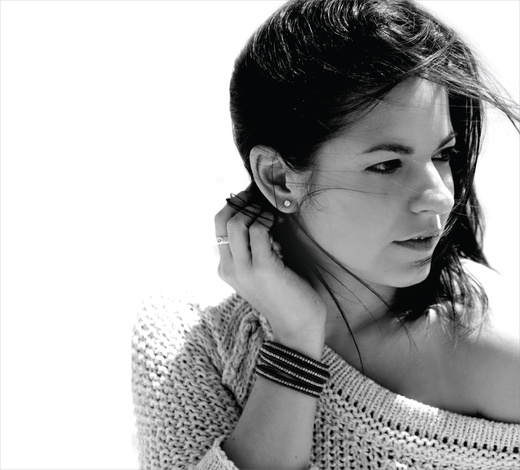 "Amanda Kaletsky has the voice of a pop star, but the soul of a singer/songwriter. Her infectious [music] finds a middle ground between New York's homey downtown clubs and the polish of Top 40 radio." - Relix Magazine

Jumping from guitar to piano and back, Amanda delivers songs that are tastefully built around passion and melody. Nurtured by influences such as Sam Cooke and Carole King, her introspective music ranges from sultry blues inspired love songs to power-driven pop hits, all carried by her emotional vocal performances.

Her song “Everything Lies” off of her second EP, “Between You & Me” was featured on season 3 of MTV’s “The Hills.” Along with her first EP, “Wait”, Amanda has sold over 2,000 copies and is in radio rotation from the Northeast to Hawaii. She was also recently hand-picked by Coldplay to open for the band in her home state of Connecticut at the XL Center.

Surrounded by a love of music at an early age, Amanda trained as a classical violinist from the age of four. At the age of 13, she broadened her focus by learning guitar and piano, and began developing her vocal skills with the nationally recognized Elm City Girls Choir. Armed with years of classical training and non-classical influences, Amanda eventually found a personal balance in singing/songwriting.