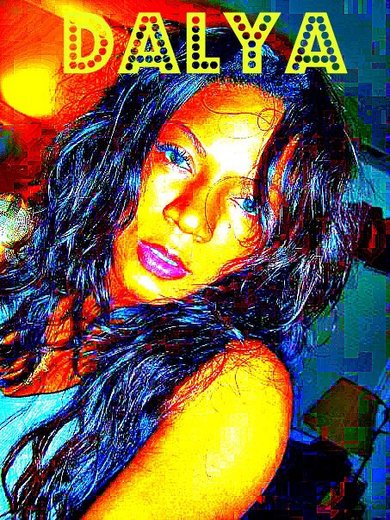 Dalya Riley, born Dalya Melilka Riley, singer, songwriter and TV personality is a Los Angeles native born in Gardena, Ca where her mother had no labor and was not charged for her delivery because she jumped out before the doctor said, “push”. Currently the only Dalya Riley in the United States, she began singing at the age of two years old. At five years old she joined the Kings Kid Choir at Crenshaw Christian Center, the church where she grew up. By the time she was 7, she became involved in her school choir and jumped onto any opportunity to sing. By age 15, she attended Long Beach Poly and joined Jazz ensemble and her journey to being a songstress began. Dalya’s voice is a warm powerful acrobatic voice with a raspy airy touch that can adapt into any genre of music, but she prefers big huge songs similar to the early days of Mariah Carey, Chaka Khan and Whitney Houston with the soul of Betty Wright. She studied with her favorite vocal coach, Doc Holiday. She did her first single as a featured artist on “Cant None of Yall” on Ms. Toi’s album “That Girl”, (Universal) and “You Can Love Me or Leave Me”. She also has appeared on Snoop Dogg’s last record with Death Row, Dead Man Walking, on the song “May I”. During her time working with west coast rappers she has unreleased songs with Left-Eye, Daz, Kurupt, DJ Quik, G1, and Crooked I. When she hooked up with her primary producer Keith Andes (Laface) she appeared on Jessica (RCA) “You Can’t Resist” on the songs, “You Don’t Give a Damn” and the album self titled intro “You Cant Resist”. She wrote the hook and bridge for the single with Lil Zane featuring Tank “Tonight I’m Yours”, (Capitol) where the video and song made #4 on BET 106 and Park. Dalya then landed a job as an A&R and songwriter for Rockland Records with R. Kelly. During the three years working with R. Kelly that she calls “Real Music School”, she recorded 17 songs of her own, and developed artists like Kaya Jones into confident vocal performers. Her best feature is her big Diana Ross-like eyes, and the fact that she can sing live exactly like her songs. Dalya Riley’s first single, titled “Five Years” will be the introduction to this powerful and beautiful soul on the album that reflects her arrival to this world called “Free Delivery Volume 1”. After losing her father to Compton violence she took a break to redesign and reinvent her sound. She makes this promise to all her listeners of the world, “I will deliver records to the world that touches the soul of all men and women in one way or another and bring us all together for the joy of musical unity. People experience many emotions in life, where music is how they soothe their souls. Through my music I want to heal, share, and share laughter and good times.”