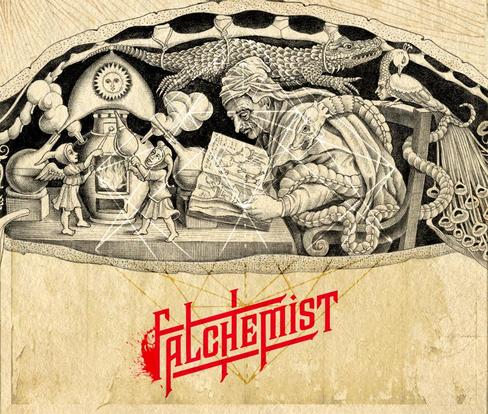 The blistering and much anticipated introduction of Denver’s new supergroup, Falchemist, is going down at Lost Lake Lounge on Saturday, April 11th. The quartet’s debut is partnering with Ghostpixel (ghostpixelvisuals.com) for a face-melting visual show, will also feature the talents of The Lymbs, Speakeasy, and Midwest Rebellion.

Falchemist unites the powers of three critically acclaimed Denver bands: Aloft in the Sundry, Yerkish, and Musuji. Falchemist sails a fast, cross-genre exploratory ship through the seas of Neo-Grunge, Progressive Psychedelic Rock, and Porn-Lounge Yacht Rock. If you could take Hall and Oates, Queens of the Stone Age, Gerry Rafferty, My Morning Jacket, and throw them all into a giant food-processor, you’d be left with a bloody, delicious batch of Falchemist: a masterful blend of drums, bass, keys, and vocals.

Doors are at 8 pm on the night of the 11th, so show up early, case out your spot, and enjoy some libations. Be there to swim in the warm bath of phonic-ether that will be one of the best shows of the year. Get ready: Falchemist is approaching.