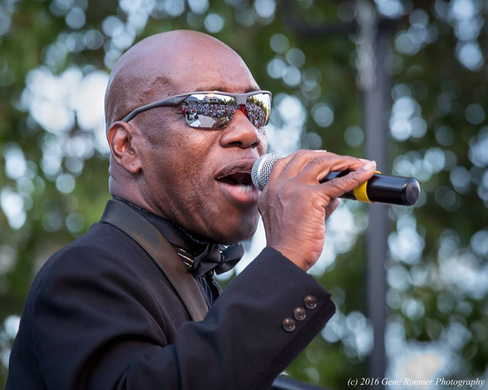 I have been in the music biz since the age of 5yrs old. I have opened & Jammed with some of the biggest names in the music industry, such as:Albert Collins, B.B. King, John Michael, Jeff Healy, Del Penny, Jr. Walker & the Allstars, Tower of Power, Sugar Pie Desantos, Big Brother & the Holding Company, Martha Reeves & the Vandella's, Al Wilson, Etta James, Esther Phillips, John Lee Hooker, Robert Cray, Earl Thomas, Jamey De Maria, Joe Vallaire, Billy Vallaire, Tamas Marius, Tom Lawson,Lee Durley and Illuminati, Bo Diddley, The Neville Brothers, & James Brown to name a few. I was a fixture in Humboldt county for about 30 yrs. Performing at The Oldtown Bar & Grill, Stephen's of Eureka, The Jambalaya, The Vance Log Cabin, The Mateel Community Center, & The North Country Fair as well as many, many other venues on the North Coast. One of my fondest memories was my involvement in putting together a few children's choirs and drummers in Southern Humboldt. A.K.A. Garberville Ca. I also played quite a bit in Vancouver, Edmonton, Calgary, & Victoria, Canada Recently I have been perfoming in Monterey County. Perorming in Churches as well as Jazz & Blues venues. And for the last 6yrs. at The Monterey Bay Blues Festival, The Garlic Festival, The Seafood Festival, The Artichoke Festival, The Pepsi Block Party and many, many other festivals in Central & Northern Ca. With Redbeans & Rice. I Love Blues, Jazz, Gospel, & Funk-n-Soul music. My West African Brothers & Sisters know me as-Assane N'diaye- "He who sings" I have worked with children of all ages teaching, producing, co-producing, and performing West African drum & dance as well as producing & co-producing many benefits. I still have the Fire & Desire to record as well as perform-Peace-Bish