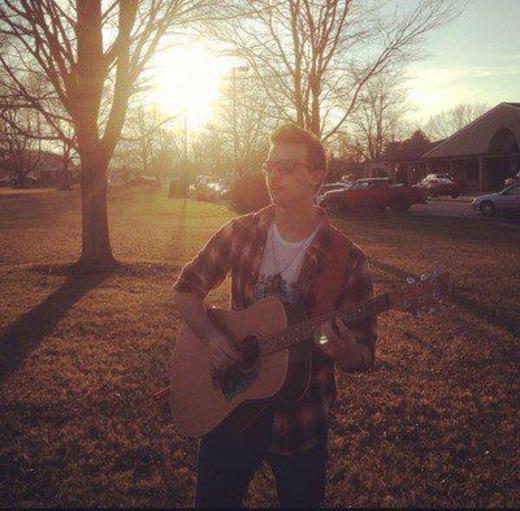 Born and raised in Kentucky, Derrick started singing at the age of 3 for quarters at the grocery store down the road. At age 12, he was inspired to play guitar after watching Michael J. Fox play "Johnny B. Goode" in Back To The Future. He immediately began learning how to play the guitar and started writing songs and performing them for his family. In early 2009, Gun-Shy was formed by Derrick and three other musicians who went to the same high school. The band started gigging around many Kentucky towns, playing covers of many hit classic rock, southern rock, and adult contemporary songs, along with the occasional original song written by Derrick that was be thrown into the mix. He was lead vocalist, guitarist, and songwriter throughout the band's career, though he expanded his musical horizons by learning to play the drums, bass, and piano throughout his time with the Gun-Shy. The band members frequently traded instruments onstage.

In late 2011, the band broke up due to the band members musical differences. Derrick continued writing songs and acquired a cassette audio recorder, in which he used to record demo versions of his compositions. He eventually started playing solo performances at coffee shops, restaurants, and high school rallies. After many equipment upgrades and a gain of studio knowledge, he recorded and produced "Sounds from the Attic," his first demo compilation CD, and it was released under his independent record label in October 2012. He gave the demo CDs to his fans for free at his performances in exchange for their help in sharing his music with others.

Currently, Derrick attends Berea College and plays at many venues around Kentucky, ranging from festivals to surprise performances at the mall. Derrick describes his music as "Alternative-folk-pop-rock that was designed to make your foot tap. I want the audience to know what I'm singing about, without knowing what I'm singing about."