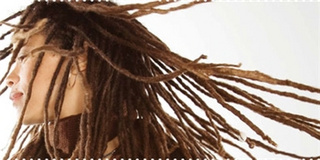 "Souljah Fyah showed up in top form, inspirational leader Janaya Ellis setting the room on fire with her heartfelt presence and constant call for positive action. . . . Ellis' tiny frame practically raised from the ground, glowing as her wild, dreadlocked mane spiraled around her head, following the beat. . . . the supreme leaders of Edmonton's Reggae scene."
--SEE Magazine.

-- "Best Band of 2010" at the Reggae Music Achievement Awards in Toronto.

—2009 winners of “Top Reggae Band in Canada” as the Canadian Reggae Music Awards (four-time nominees in 2009, and first Alberta Band to win in this category)

WHO IS SOULJAH FYAH??

Souljah Fyah is a high-energy female fronted Reggae band out of Edmonton with a wicked stage show. Janaya “Sista J” Ellis is the lead vocalist and bassist, and the group is packed solid with multi-talented reggae musicians.

In November 2009, Janaya was awarded AVENUE magazine’s Top 40 under 40 Edmontonians “for bringing the world of Reggae to our city, and exporting it around the world”. She also received Global TV’s Woman of Vision award in March 2007 as well as the Big Miller Award for music achievement for her work in building Edmonton’s music scene.

Souljah Fyah’s new 2009 Single “Tears of a Fool” reached #3 on CBC’s Galaxie Jammin’ Charts. Released July 25th, 2009, it is both a lamentation and a rally of strength for a mother who is a victim of domestic violence. It has been generously received by campus and community radio across Canada, and was featured on Earshot-Online.com. The “B-Side” is a dancehall celebration of our short Canadian summers titled “Eight Days of Summer”. (Recorded at Sound Extractor Studios, Edmonton, Alberta)

Souljah Fyah’s sophomore CD (produced by IBO at Smokey Room Productions) “Truth Will Reveal” dropped on February 9th, 2008. From that album, the first single “Sweet Love” reached #1 on CBC Galaxie Radio in 2008 (Canadian Reggae) and is listed in the top 3 international reggae releases in’08 by Stephen Neale. In addition, “Truth Will Reveal” climbed to #1 across Canada (Earshot-Online.com) charting nationally in the top ten for 7 weeks (International Chart).

With the passionate single “Rwanda” featured on Ziggy Marley’s “Ziggy Radio” in 2008, and the single “Abundance of Good” charting #1 Canada-wide for 12 weeks (CBC Galaxie Radio, 2007), people are starting to talk about Souljah Fyah.

"Souljah Fyah showed up in top form, inspirational leader Janaya Ellis setting the room on fire with her heartfelt presence and constant call for positive action. . . . Ellis' tiny frame practically raised from the ground, glowing as her wild, dreadlocked mane spiraled around her head, following the beat. As the night went on, and sweat poured from every pore, Souljah Fyah solidified their reputation as one of the most dedicated and beloved local acts around . . . the supreme leaders of Edmonton's reggae scene."
--See Magazine. January 12, 2006

See Magazine, December 18, 2008:
"If anyone can attest to the primacy of the live gig over the recording, its the band that's packed more regular Sunday night gigs (yes Sundays. In minus-40-degree winters. When busses don't run on regular schedules) than anyone else in Edmonton for years."

Review of Souljah Fyah's second album, Truth Will Reveal
Edmonton Journal, March 2008:
"Four stars. Cynics, paid or otherwise, love to rag on reggae. "It all sounds the same," they complain. I dare them to say so after listening to Souljah Fyah's second effort, Truth Will Reveal. Fronted by a powerful -- yet graceful -- and charismatic woman, the local musicians offer the usual spliff-rolling, party grooves and social-activist lyrics, but they also add enough tantalizing ear candy to keep listeners captivated -- whether it be horns (Rwanda), ringing telephones (Fully Charged), trip-hoppish atmospherics (African Lyric) or a heartwarming conversation between singer/bassist Janaya Ellis and her daughter (Praylude). With her soft, tender vocals, Ellis (also known as Sista J) provides Souljah Fyah's greatest gift to reggae -- elevating it from an "I-shot-the-sheriff/No-woman-no-cry" cliche to an intensely personal and touching genre." --Sandra Sperounes of the Edmonton Journal reviewing Truth Will Reveal in March, 2008.