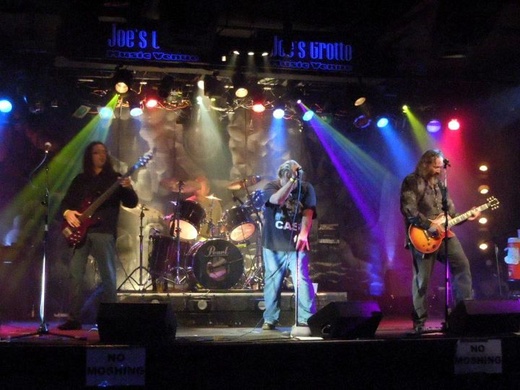 L.A. based Dragonera was formed in 1991 by Garro (Vocals), Stami (Guitar), and Xris 3 (Drums). In 1992 they enlisted Zippy (Bass) and began booking gigs in the So. Cal. area with their first show on November 30, 1992 at the Whisky in Hollywood, CA (No Bozo Jam). Dragonera worked the So. Cal. club scene for the next 5 years while building a loyal fan base. Dragonera eventually was able to headline and, on numerous occasions, sell out both the Whisky and the Roxy on the sunset strip. No easy task in Hollywood! Dis-banding in 1998 and not playing another show till Aug. 9, 2008 at Phase54 in Tempe, AZ. Also playing recently at Joe's Grotto in Phoenix and the Evens Lager Hottest 100 festival at Lake Irvine in Silverado, CA. Dragonera is currently working on a full length Album and tour for 2012. Stay tuned for updates! -Stami