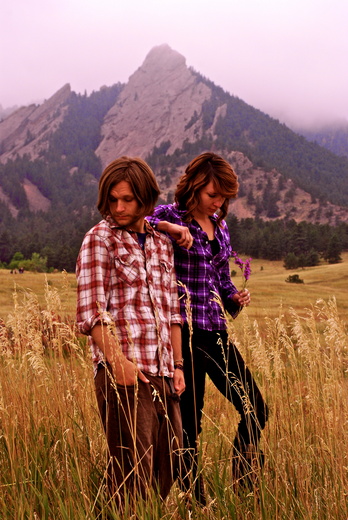 Beginning as a solo project for singer/songwriter Bobby Bradford, Statue of Liberty grew into an acoustic folk rock duo with the addition of Marywood Kate. After recording a demo together in the summer of 2007 the pair discovered a unique musical bond. They continued to write new material over the next three years and in July of 2010 began recording their debut release, The Up State. Working with producer Scott Miller, bassist Ry Dill and drummer Jimmy Finelli, Bradford and Kate spent time at the Institute of Production and Recording in Minneapolis, MN. Upon completion of recording the duo relocated to Des Moines, IA and spent the next year developing their live show while playing acoustic venues throughout the Midwest. On May 27th, 2011 Statue of Liberty released The Up State and began promoting the EP, performing shows throughout the country. After spending the summer on the road, Bradford and Kate relocated to Colorado where they plan to record a follow up to, The Up State this is fall.

The Summer of 2012 proved to be an exciting time for Statue of Liberty. They put together tours throughout the Northeast, Southeast and West Coast while recording material for their sophomore release entitled, The Radiant Life. The album was released in October 2012 and featured the same lineup as The Up State. Bradford and Kate continue touring and working on new material. They are planning to begin recording on their third album, tentatively titled, Toy Butterflies this Fall.