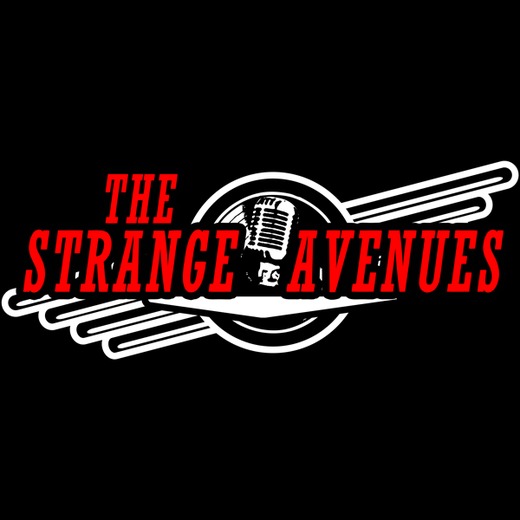 The band's roots actually date back to late 2002, when Mike Patton and Wade Collins initially met and bonded over a mutual love for Guns N' Roses. Over the next seven years, the two collaborated on a variety of musical projects with a revolving cast of characters. Yet each and every door that opened led to one dead end after another as the two struggled to find like-minded musicians with a similar vision and passion to play a brand of music that changed lives and stood the test of time - real rock n' roll.

In 2009 however, the wheel of fate took a fortuitous spin when Mike Patton met Mike 'Fitz' Fitzback and the six stringed seeds of The Strange Avenues were planted. It was apparent from day one that Fitz had a similar taste and admiration for all things rock n' roll - quite simply, he 'got it' every bit as much as all those previously encountered did not. Although Mike was busy with his band Pretty Little Suicide, the friends continued to drink beer and play guitar, honing their sound and laying the groundwork for some of what you hear from them today.

In late 2011, Mike found himself with some downtime from PLS, and the decision was made to take the project to the next level. It didn't take long before Wade was called, introductions were made, and it was immediately clear that the equation was complete - The Strange Avenues had completed their gestation. Wade's feel-good booming behind the kit meshed perfectly with Fitz's impassioned guitar leads, all tied together by Mike's steady work on the rhythm and bass guitars. When Mike's swaggering vocals were blended with Fitz's raw baritone, it became a heady concoction indeed. With the lineup rounded out, the three began finishing song after song, and it was clear that the time had come to put out an album.

Over the next few months, the band worked together to fine tune their tracks, and selected the 6 cuts which ultimately landed on the band's debut EP, Bacchanalia. What resulted was an opus of the dirtiest rock n' roll to hit the musical landscape in years - if you've come looking for a family-friendly pop record you've come to the wrong place. The Strange Avenues have left any commercial sheen by the wayside in favor of sex, drugs and rock n' roll, conveyed in an unapologetic and refreshingly genuine voice. From the first listen, it's abundantly clear - the ride has just begun and the future burns intoxicatingly bright.