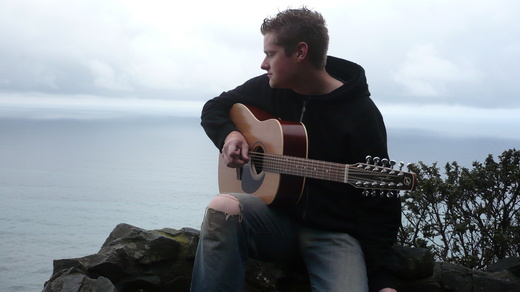 GREG WOOD, elixir for the broken hearted; a splash of bluesy-rock-roots inspired music mixed with authentic lyrics about love and lies, shaken with some smokin’ guitar, goes down smooth!

Whether in rock anthems that will have you singing along, pumping your fist in the air, or heartfelt songs that make you believe he knows about the love you just lost, Greg’s guitar takes over singing where his passionate, distinctive, and richly toned voice leaves off.

It was Greg’s electric guitar solos that first brought him to the stage. Loving the spotlight and applause, he has been performing ever since. He has captivated audiences in venues both intimate as cafes, and as large as theatres and festivals, performing at a multitude of events.

The EP “Set You Free, released in 2008, charted on several college radio stations from St. John’s, Newfoundland to Vancouver Island; and was in light to heavy rotation on community, specialty and several commercial stations. Greg’s songs were featured on such programs as Acoustic Planet; and “Northern Spotlight” alongside releases from Nickelback and Mobile!