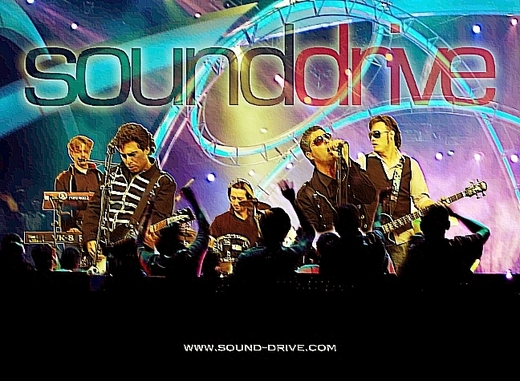 We are 5 professional Musicians in NYC. We have 20 original High quality original catchy melodic songs and have played to over 30,000 people in May of 2012 at the Bayfest Festival and made the front page of the local newspaper. We have done cable tv and was asked to perform on national TV for the 2012 NYC marathon.

Co-founders Eddy Btesh & Vico Sabbagh met in the late 90’s when playing in different bands in the New York area. Eddy was in the alternative rock scene while Vico was in the rock/blues scene. Even though they had their own separate styles, they both had the same core music values and influences such as The Beatles,ELO,Cheap Trick & others. They knew when they met back then, that they would collaborate one day and it was in 2008, after a 6 year hiatus, that they came together once again. In Eddy’s home studio, they recorded “Drive” & “All Around the World”. From there, they continued to write material together and eventually recorded their 1st full album of original material. Adding a Latin based duo of Carlos Marin (bass) & Juan Calvo (drums) created a very unique backbone for the group. Sound Drive was re-born. They started playing the clubs with their new material to positive reviews.

In mid 2010, they debuted their first album called “Today is Tomorrow” with their song “Hello” as their lead single. It’s a word everyone uses every sing day and it’s a positive and easy word to remember. From the very first chord, you are moving your body. It’s upbeat, fun to listen to, a truly catchy tune. You can hear the influences of The Beatles in this tune along with many others songs, creating an extraordinary twist to popular tunes in their day. Not a bad group to be compared to, I would definitely say. Sound Drive had developed their own signature sound that encompasses groups their personalities, talent, style and influences. ‘Know your audience’ is the statement they must live by because they grab a massive audience with music like this right from the start. Listen to the arrangements of these songs – the intro’s – the harmonies are OUTSTANDING - OUTSTANDING (yes, it needed to be stated twice). It’s that British seasoning on an American recipe creating tasteful treats for all.