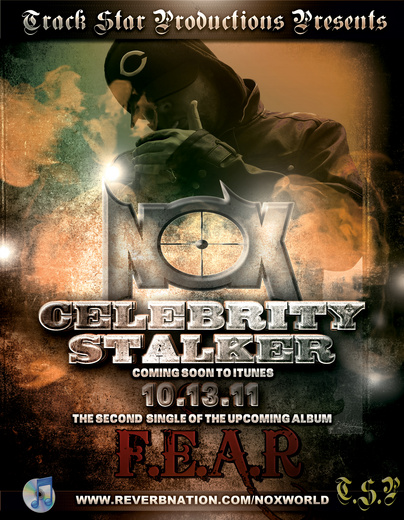 At an early age, Nox turned to his talent for writing as an escape from the adversities of growing up. Combined with a fixation with Hip Hop and it wasn't long before poems became verses, and Nox began developing his ideas into songs. Making an impactful first impression on the Hip Hop world, Noxs debut EP "The Formula" recieved nomination for Best Urban Recording of The Year at the 2010 B.C Indie Music Awards. Performing alongside such stars as The Game, Three 6 Mafia, D12, Too $hort, Sean Kingston and Kardinal Offishal, Nox has crafted his legendary stageshow amidst the music industries elite. Currently, Nox has signed a recording deal with Track Star Productions/Get Money Records and is in studio preparing tracks for his debut full length album "F.E.A.R", due for a late 2011 release. Initial singles from "F.E.A.R" have made their way to the desks of A&R Reps from Interscope and Geffen Records, as well as super-producer Timbaland, who have all demanded to hear more from the young artist. Look for "F.E.A.R" this fall!..