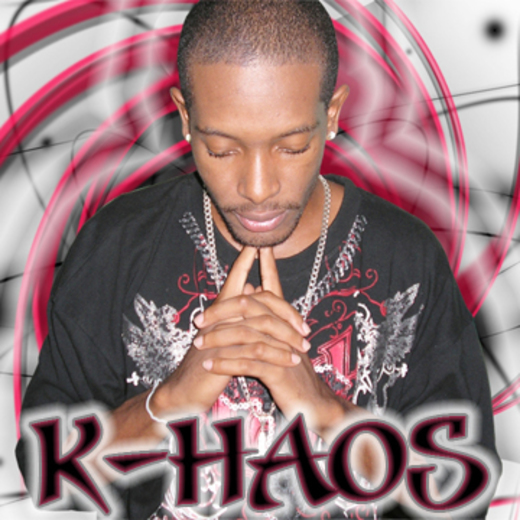 Kirkwood J. Mckinney aka K-haos, ( K(keep)  -(focused on) H(him) A(as) O(our) S(saviour) ), is a Bahamian Gospel  Artist/Song-writer/Producer. Called at a young age, K-haos had a love for music  and began perfecting his music, using it to glorify GOD. His first performance  was at the Colonel Hill High School, Crooked Island Bahamas. Later, he began  performing at various regattas/home-comings in Crooked Island, where he was  well-recieved by the audience. But, unfortunately, K-haos began to get caught  up in the world, and he hardened his heart to the voice of GOD, tyring to run  away from the calling GOD placed on his life.

As a young adult, he strayed away  from the faith and teachings of CHRIST and did his own thing. But it was not  until he had two near death experiences (both being car accidents; second  accident being more severe than the first), that he realized that GOD'S grace  and mercy was with him. He then reflected and realized that his life was in  GOD'S hands, and that GOD spared his life & saved him for a reason/purpose.

With his eyes now opened to the fact that GOD gave him multiple chances at  life, he chose to serve GOD and to walk according to GOD'S will for his life.  Fully saved by GOD'S grace and mercy, he pledged to GOD, that the gift of music  HE has blessed him with, will be used to glorify GOD, to have a positive  impact/influence, also to help up lift those with wounded spirits, and to draw  persons closer to CHRIST. His most recent performance was at Youth Alive 2012  at B.F.M (Bahamas Faith Ministries), where he shared the stage with other  gospel artists such as DJ Counsellor, Lyrically Blessed, Positive &  Milliyon from ATL.

K-haos is a TRAIL BLAZER for CHRIST.

I pray and strongly believe, that the music brought fort, would be a blessing  to you all.