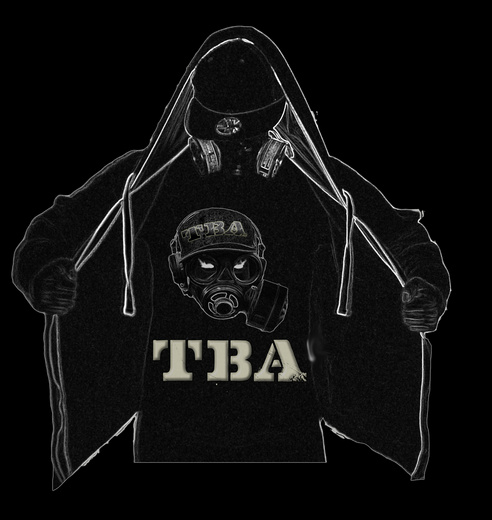 Two minds, two styles, one mission. Since 2004 Aleph 1ne, also known as "The Sound" and Tokin Blaq aka "The Sight", have been honing their skills and becoming a formidable force in the west coast hip-hop scene. but like any journey its been wrought with hardship and turmoil. In the end They came out stronger, and focused on making music based around the Hip-Hop they grew up loving, while implimenting their own soulful and jazzy nuances to create a style thats been dubbed "Innovated Old School".

In 2009, after many failed attempts at groups with likeminded emcees and producers over the years, Tokin Blaq and Aleph 1ne became T.B.A., a name they chose to grow and move with them along their musical journey. They Began with their first mixtape "Tha Beat Assassins" (thabeatassassins.bandcamp.com) a pseudonym that eventually stuck due to their focus on the instrumental aspect of every project, and the almost martial arts like discipline they exibit when it comes to perfecting their stage show and sound.

Since setting forth as T.B.A. the duo has released two projects and have performed dozens of shows including sharing the stage with such heavyweights as The Beatnuts, The Rascalz, Choclair, Classified, Anti-pop Consortium and the legendary Genius GZA, of the Wu-tang clan, to name a few. Their latest project "Tokin Blaq Album" (tokinblaq.bandcamp.com) Showcases their strenghts as artists with Blaq taking the reigns as the center focus lyrically, While Aleph stretches his beat muscles, displaying an inventive approach to the venerated underground style that has heads still celebrating the mid 90's era of Hip-Hop.

Contact Shane Battley (phone: 778-686-2527, Email: shane.battley@gmail.com) for more information on booking or aquiring beats, verses or soulful hooks from the next big thing in west coast hip-hop, and be on the lookout for the next T.B.A. project as The Beast Awakens.