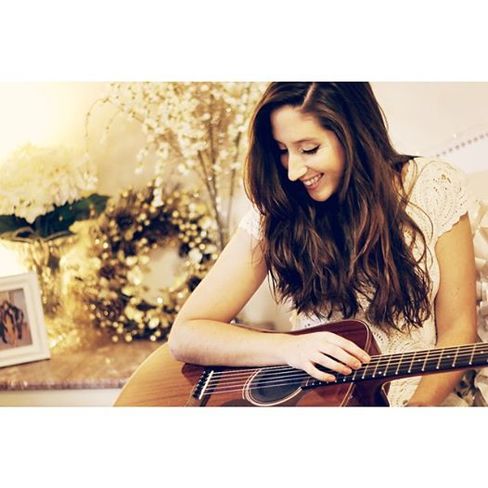 At just 25 years old Katie Ekin has won 10 songwriting awards, including Best Song and Best Performance at the WCS Hollywood competitions. And most recently was chosen as a top 40 contestant in the Surface Grammy Gig of Lifetime.

Born and raised in Santa Cruz, California Katie grew up listening and watching her father perform in a band. She’s always had a heart for music, but in her younger years she was too shy to show her talent.

That soon changed when she picked up the guitar at fifteen and wrote her first song. It began a pattern, which has led her to have written nearly 300 songs. “I get asked a lot about how many songs I’ve written, and it always surprises me to see peoples reactions to my response. Songwriting is such a daily routine for me, I never think about it being foreign to other people. I could spend the whole day in my music room playing around with melodies and chords.”

Her songwriting style is mature beyond her years, using her own experiences to pull from. “Songwriting isn’t just my passion, it’s my lifestyle. Growing up in Santa Cruz you hear a lot of surfers say that, but I really feel its true with myself and music. My days revolve around a melody and my guitar knows more than any one person. It’s my diary.”

Katie’s sound is definitely her own. It fits into the pop-folk-indie category, but when you hear her songs, you know they are hers. It’s that magic sound. With her powerful songwriting, captivating performances, ambition and award winning songs, you are sure to see much more come from this young singer-songwriter.

“Ambition is a dream with a V8 engine”-Elvis Presley

"Her six-song offering ‘Caught Up in You’ is like cotton candy – it’s light, it’s sweet, and I want some more. Right now." - Bobby Jo Valentine

"Her voice is naturally melodious as a songbird"-Santa Cruz Goodtimes

"She sings like a bird, doesnt she?"- Benjamin Winter

"Her voice is butter"- Starr Saunders