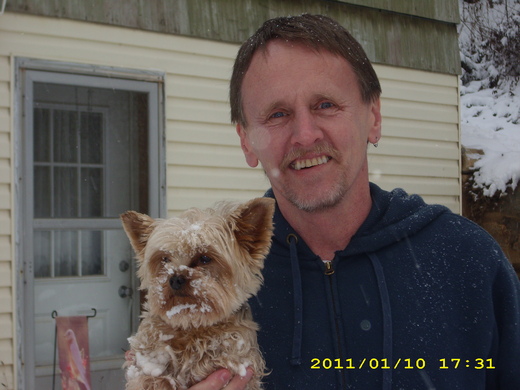 I have one song,"Cry No More", which was recorded by Pamela Friarson for her CD, "The Messages" in 2000. Another song, "Love Comes Falling" was recognized by Garageband.com in January 2007 for Best Lyrics. Still another song, "For Loving Me", has been ranked as high as #14 out of 4,095 songs on Soundclick's Christian Country chart. Also, "In America", a patriotic song I've written, has been ranked as high as #2 out of 12,007 songs on Soundclicks Acoustic Folk chart and #31 out of 94,438 songs on their Folk chart. It was featured on the Country Rose Show, http://www.soundclick.com/countryroseshow, on September 22, 2007 and was chosen by Soundclick for their "Acoustic Radio" in August 2007
God has truly blessed me with the ability to write strong, deep and personal lyrics. My desire is that someone will start where I've left off and take this wonderful gift to new heights
In 2004, my family travelled to Cheraw, SC to tour the town and to see Old St. David's church, which had been repainted and refurbished. It is the last Anglican church built in South Carolina under King George III. Cheraw, a town where history seems to whisper through the live oaks and Spanish moss, was co-founded by my ancestors who fought in the Revolutionary and Civil wars, et al. It was "visited" by Gilbert du Motier Lafayette in 1825 and by William Tecumseh Sherman during the Civil War ( The house he stayed in during this time is literally across the street from the house where my mother was born and raised). In a cemetery nearby are gravestones etched with the names of many of those who served in America's wars, a number of which are of my bloodline. I realize whenever I visit this historic town that my roots in this country's soil are numerous and strong. It also comes to mind that much of the blood spilled on this land for freedom's sake is of my lineage. These echoes of the past inspired "In America", which is about my place in this country's rich history and is dedicated to all those who fought and fight to provide the privelege of freedom we enjoy today
My father was a paratrooper during World War II. My paternal uncle was a tail-gunner during that war, also. I have one brother who enlisted in the US Navy and served in Viet Nam and another brother who enlisted in the Air National Guard and served in the first Gulf War. I am proud of my ancestry, and I am also very proud of our troops who put themselves in harms way for America's sake
As an interesting footnote, my maternal Great-Grandfather's sister started Confederate Memorial Day.
« View This Artist's Complete Profile
Connect with OurStage: Facebook Twitter YouTube FourSquare Newsletter RSS feed
ADVERTISEMENT
?Need help?
Copyright © Amazing Media Group  2006-2023
p
A
n
E
F
Song Title by Artist Name
987654d
LM
iAnEAqqqq