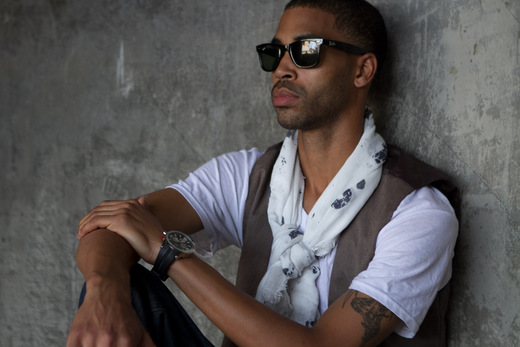 Rapper/singer Sincere began working at his craft when he was only 8 years-old, emulating his older family members with his own style of rap to impress his friends. He’s made a name for himself with his freeform, unrehearsed style, and has also gained attention from a few of his songs with samples of well-known mainstream rock and pop songs. It’s not every hip hop song that features an intro to a Journey song or the acoustic guitar part from an Avril Lavigne track.

In the recording studio, he is known to just step in front of the microphone and let the words flow, with no rehearsal, hesitation or preconceived notion. He won’t name inspirations, compare himself to anyone or go out of his way to explain who he is. He chooses to let his music speak for him.

"That’s the best form of creativity: just take it as it comes," says Sincere, 23, from Southern California. "Somebody had an Avril Lavigne song on their MySpace page and I was like hmm, let me see if I can find something that I can sample on Avril Lavigne. I saw the title of "Things I’ll Never Say," clicked on it, and it was a great song. It was perfect, and exactly how I wanted to use it."

The finished product became "Never Say," his own track expressing himself about the things he never said to a loved one. Extremely passionate about music, Sincere sees himself as humble, passionate yet very strong, and wants to appeal to "all shapes of life."

"You can just tell that I love music," he says. "Music is every shade of life, from anger to happiness, happiness to sadness. Some songs you already have it and it just flows. I just take it as it comes."