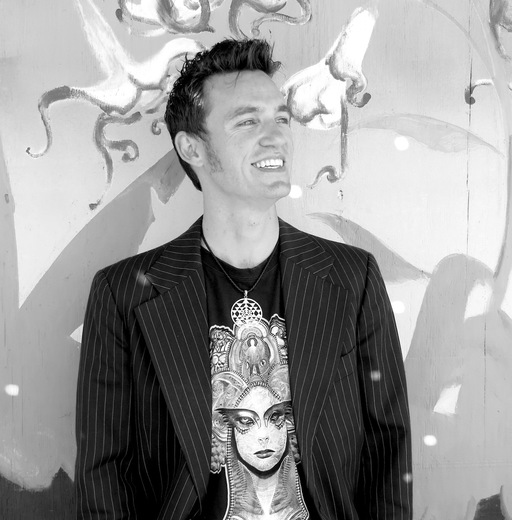 Illuminertia is an umbrella for electronic music releases created by Eric "Modean" Mantras who is currently resident DJ for the Ecstatic Dance event held every sunday 10AM-12PM at the Lucie Stern Community Center in Palo Alto, CA. The music itself is essentially seductive bass music layered with meditative, hypnotic melodies. This production is hovering at it own frequency and if we have to sum it up in one word it would be innovative. It's medium to up tempo rhythmically speaking but the melodic elements are inspired by every type of genre under the sun. There are elements of break beat, tribal, glitch hop, EDM, & world throughout but the title track of the latest Energy Eternal EP could be classified as cinematic drum & bass. Illuminertia is teaming up with Street Ritual for an official release July, 2013. This is a pivotal release for Modean who believes that music is a constantly evolving process that can transcend all category. The unifying theme would be the deep love of music itself & the limitless possibilities of today's electronic music production tools.

Prior to this release Modean crafted a double album release Audio Elixir and Audiphoria. These two albums are packed with innovative electronic music blended with organic instrumentation and vocals. The instrumentation includes the classic rhodes piano, guitars, congas, keyboards and voice all produced & performed by Modean. All songs were then sent to LA to be mastered by Scrote of Bundini Music. There is a simple concept behind this amazing double album release that is the Audio Elixir stimulates while it's counterpart Audiphoria relaxes. Whether you're looking to rev up a dance party or kick back and let the mind wander, these two 10 track albums represent the best of both worlds. Audio Elixir is the ultimate dance floor anthem while Audiphoria is the more soothing seductive contemplative & relaxing lounge album. Both are equally well crafted and ready to be downloaded and streamed. www.illuminertia.bandcamp.com

As a keyboard player/vocalists/guitarist/sound engineer Modean has performed on and engineered tracks with many wonderfully talented musicians including: Bubba Jones bassist of the Digable Planets, Earl Harvin the drummer of Air, Seasunz of Bassnectar & Earth Amplified, Scrote the guitarist of the Stripminers, Salar Nader the world renowned tabla master, Tommy the bassist of Jazz Mafia and Rob Schrock a hugely accomplished pianist who's played on countless hit albums we've all grown up listening to. Since is inception in 2005 Illuminertia has attracted the attention of outstanding visual artists like famous french muralist Liliwenn who designed the album cover for Auditory Persuasion (www.liliwenn.com) Illuminertia has performed in mid sized venues along the west coast including Ashkenaz in Berkeley and in over a dozen different venues in San Francisco alone. The Illuminertia DJ set is often accompanied by some element of live instrumentation and voice alongside rare film footage, animation, and sometimes live dancers. Book Illuminertia at your next private party, art opening, club, street or music festival!

Sounds & cultures from all regions of the planet have an impact on the Illuminertia sound which draws from a wide range of influence and ethos. The sonic architecture is comprised of the best of electronic, tribal house, IDM, dubstep and soul. All digital elements are blended with organic analog instrumentation and vocals. Embedded in the sonic landscape is a message of hope, humanity, evolution, ecology, self discovery and a higher consciousness. The lyrics are designed to propel consciousness forward to a higher vibration breaking down old archaic systems of thought that are destroying the planet. It is auditory alchemy which may be utilized as alternative medicine for the soul.