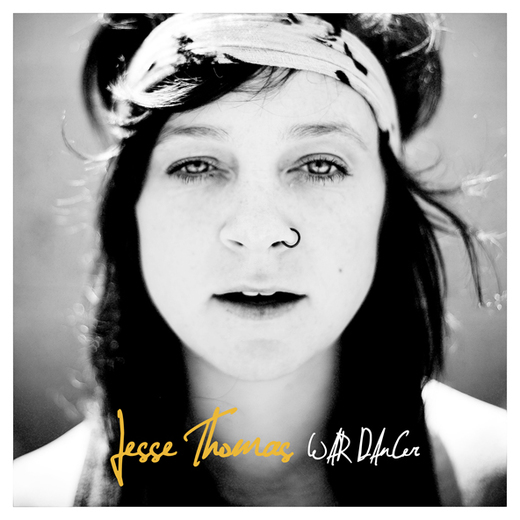 In late 2008, with no money to her name, Jesse Thomas headed for Los Angeles from Kentucky completely alone. After a few open mic nights and some raw demo recordings, she caught the attention of producer Jim Roach at Red Parade Music. Jim found something special in Jesse that countless others would soon come to recognize: a hilarious, yet poignant personality shining through her smoky, battle-scarred voice.

After working with Jim, Jesse debuted her EP, Hazel in September of 2010. The EP debuted in the top 10 on iTunes’ singer/songwriter chart and was featured as both the New & Noteworthy and Indie Spotlight. Come February 2011, her song “You I Want” was featured at Starbucks stores across the U.S. and Canada as their Pick of the Week. “Stay,” also off the EP, became a YouTube sensation after being featured on Teen Nick's Degrassi.

Jesse’s debut album, War Dancer, arrived on Valentine’s Day of 2012. It debuted at No. 3 on the iTunes' singer/songwriter chart and placed in the top 25 on Billboard’s Heatseekers, New Artist and Folk charts. During that time, the song “Fire” was featured as iTunes’ Indie Download of the Week and generated over 130,000 downloads. Following the release of War Dancer, she gained quite a local following during her Hotel Cafe five week residency, packing the house night after night.

Jesse is currently in the studio working on her next record, as well as preparing to head out on the road with friends Truth & Salvage this Fall.