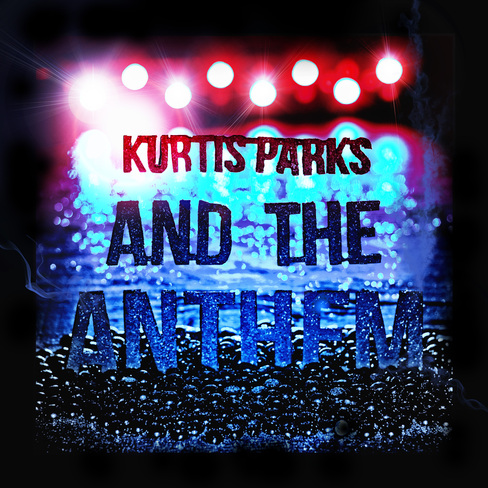 KURTIS PARKS & THE ANTHEM is a modern pop/rock group based out of the nation's capital, and just released their debut EP. The 6 song collection has already won mutliple awards including the BMI Songwriter Award, and the band has played stages at 930 Club, Jammin Java, and headlined Freedom Fest on the National Mall.

The band is fronted by lead singer/songwriter/producer Kurtis Parks. Kurtis was a semi-finalist on American Idol's 4th Season, and has appeared on BET's Bobby Jones Gospel Hour.  Having written over 1200 songs, and winning dozens of songwriting awards, Kurtis has had his music licensed by MTV, video games, independent films, has had songs cut by major and indie label artists, and has sold thousands of albums, both solo and with his rock group The Season. He's shared the stage with artists like Ben Folds, John Mayer, Cowboy Mouth, Reliant K, and Howie Day.

The band is rounded out by Ethan Panton on drums, Dan Moy on electric, and Eric Montgomery on bass/keys/guitar. Eric has played with Melinda Doolittle, B Film Extras, among many other great artists. He is the other songwriting half of The Anthem.

Check out the latest news, and get all the great music at www.kurtisparks.com or on iTunes!