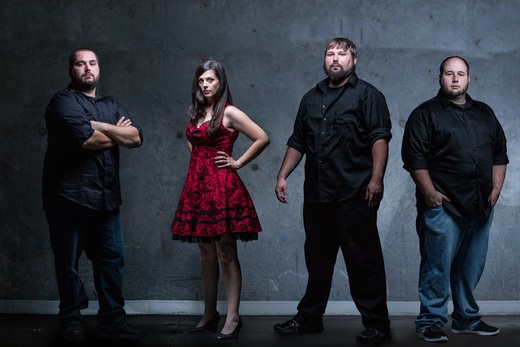 Chances are if you live in the Southeast you have heard the name Obraskai. Hailing from Columbia, SC this hard rock quartet has been on big stages with even bigger bands and has solidified itself as a power house throughout the southeastern music scene. After forming in 2006 the group started building a strong local fan base by captivating audiences with it's energetic live show and precise musicianship. After the group imprinted itself as a South Carolina Heavyweight, they began building a solid fan base throughout the South East and rapidly gained national exposure by winning numerous contest from companies like MTV and AOL Music. With two successful albums, a national tour, and numerous national endorsement deals under it's belt the Obraskai train is gaining momentum and isn't looking to slow down any time soon!

*Voted Best Local band in Columbia, SC in 2008 by the readers of The Free Times Magazine.*

*Our release “This World Is In Dire Need of Heroes” was voted album of the year in Columbia, SC in 2008 by the readers of The Free Times Magazine.*

*Our track “Do You Bellive” was featured on the Converse get out of the garage compilation in 2009.*

*Our track “Feeding The Nightmare” won the 1st place channel award in the Hard Rock catagorie in June of 2010 via Ourstage.com (AOL MUSIC &MTV Partnership)*

*Our Video for the track “Bare” was the grand prize winner for the the month of April in 2012 via Ourstage.com.*