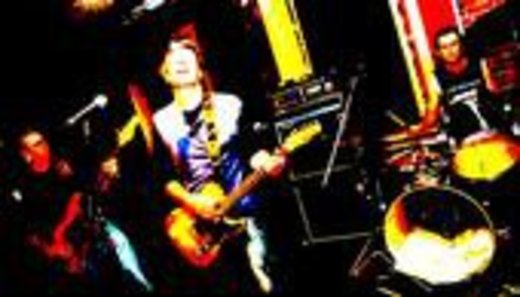 These days are marking a lot of "firsts" (again) for the artist, who just recently began making the rounds after a long hiatus from a music scene he was once considered a staple in. Powers, the front man of regional powerhouse Wooden Igloo, stepped out of the limelight and away from the scene altogether back in the mid-'90s, only to return several years ago at the urging of Jim Tierney, Jim Taylor, and Wimpy Rutherford. The band that then blossomed was Geezerteen, and the creative juices started flowing once again for Powers. After Geezerteen disbanded, he began writing at a feverish pace with the goal to submit a Record Production Month recording. That initial RPM project has blossomed into something much more. Two years in the making, Powers is set to release "Get a Room," an epic 13-song record that includes more than 60 contributions from folks in today's local music landscape. And what better way to launch a record than to host what may well be the largest release party the area has ever seen with more than 40 of those contributors taking the stage to hash out the tunes at the Brick House in Dover on Saturday, July 28.