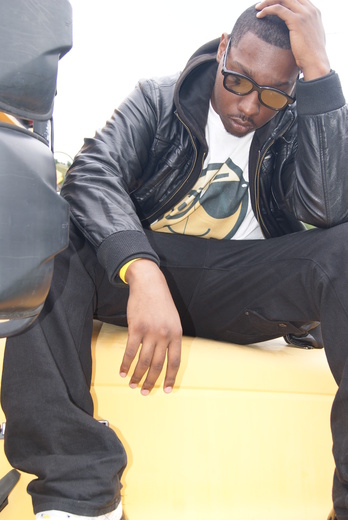 The Midwest has had it’s share of major hip hop talent but none have hit the scene with such a passion and fury as Crazy8TheGreat. Born Miguel Mercado and raised in the streets of Cleveland,OH C8 is no rookie to the music scene
In order to fully comprehend who Crazy8theGreat is, you must fully understand who Miguel Mercado has become. From a troubled-youth with a hustler’s heart, Miguel was abl...e to tap into his creative niche’ and create music. Some have labeled him as “a misunderstood, brilliant genius.” But for years he has labeled himself "The most popular lame." He is the human form of the element of surprise...lyrically driven by raw emotion, life experiences, extensive vocabulary and anything that surrounds him
Writing and rapping since 2003, C8 worked with various local groups and clicks but none fit his personality as much as when he was picked up by Visible Lyrics Record Company. Crazy8theGreat became the newest member on the Visible roster in the summer of 2010. Signed to a development deal, Crazy8theGreat was determined to show the label he had what it took to evolve with the ever changing face of music. After fulfilling his development contract, six months later C8 signed his recording contract
On August 8th,2011 Crazy8theGreat dropped a EP called "theMOSTPopularLame". The EP touches on one of todays most controversial topics...BULLYING. After experiencing this first hand as a child, C8 vows to take a stand and rise up against it.
« View This Artist's Complete Profile
Connect with OurStage: Facebook Twitter YouTube FourSquare Newsletter RSS feed
ADVERTISEMENT
?Need help?
Copyright © Amazing Media Group  2006-2022
p
A
n
E
F
Song Title by Artist Name
987654d
LM
iAnEAqqqq