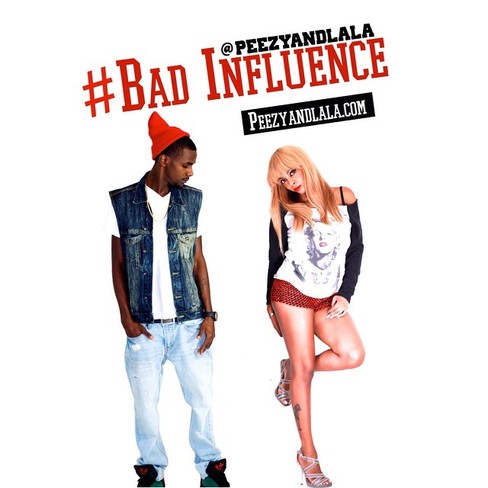 The group was formed in 2009 in New York although the Duo started out in Broward County Florida in 2007. The two artists ended up merging their career and becoming a group while promoting their first single together “Girl you got me waiting”. The response to the song and the large amount of fans that came from the two collaborating together was obvious that without knowing it they had effortlessly became the Hiphop/ Pop sensation that we have now come to know as Prince Peezy & Lala Chanel. With their unique style and genre they continue to break down doors and make it impossible not to recognize their intense presence and extreme talent along with their explosive desire and devotion to their craft. Winning internets best talent in 2009, Gracing the Cover of two magazines in 2013 , winning artist Summer Jam in Miami 2013, opening up for Waka Flocka Flame this June 2014, being nominated in the 2014 Underground Hiphop awards.The duo kicked off a strong year this 2015 so far with releasing their 2015 EP titled "DR3AMZ" as well as opening up for Big Sean! It is safe to say that Peezy & Lala are only getting started and are here to stay. Traveling the world doing shows and appearances

while gaining new fans from all over the world through online and satellite make their mark and industry Break through."