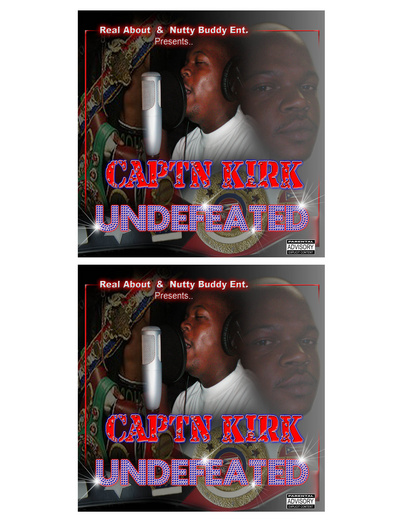 Born November 19, 1979 to a single mother of one child at the time and to a young military army Sergeant in Indianapolis, IN. Being raised as the second oldest to five boys and a single mom, Juan Kirk found himself prone to the microphone. At tender age of 7, he recited Martin Luther King Jr.'s I have a dream speech to a room full of students, parents, and teachers at Holy Angles Catholic Church, where he grew up as a member and student. Inflicting his voice and reciting the words from the speech without ever looking down at the paper for reassurance, he wowed the crowed and received a standing ovation from an audience whose mouths hung open in aw and tears flowed from every eye. It was then that he knew he could entertain and it be welcomed.

Being taught by his uncle Tudor how to rap was an easy task. Listening to the Fat Boys, Run-DMC, UTFO, KRS-ONE,Curtis Blow, and many others, Kirk knew that being a rapper was his calling. He became known and still is known to all that he has touched with his talent as the Freestyle King. Straight off of the top of his head he can record a track in one take, request the engineer and producer to mute the track, and stack the very same 16 bar free style verse in the exact same format and fashion. Never missing a beat.

Throughout his life, he grew up poor and had his brush with the law. At the age of 16, he was arrested and convicted of possession of 132.6 grams of cocaine. He served two years in a juvenile facility. During that time he wrote his classic and timeless song titled "Dirty Work." It was that song that labeled him a hood celebrity. After being released, he fathered twins Tori and Tyree at the age of 19. He went on to sign with a label known as Down Wit It Entertainment which he credits for major exposure and opportunities to open shows for, Lil John and the Eastside Boyz, Too Short, Ce Ce from Soul Food, and No Limit just to name a few. His best friend and brother Double R was the first artist to be put out by the label and Juan Kirk was also featured on several of his songs on his album called The Masterpiece. After years of hustling, performing, writing, and promoting their music together, Double R was murdered. Being the friend that he was to him, Juan Kirk attempted to save his life and rushed him to the hospital was he later died in Kirks arms while he scream for help at the doors of the ER. That took several years and nights for him to get past. Six months earlier on his father died from cancer, he had a new baby boy that was born premature by his wife Renee aka Flo who is also an artist. They now have two children together and have struggled to make ends meet.

All of these things and more is what makes him who he is as an artist and as a man. His hobbies are reading, fishing, writing poetry, cooking and most of all rapping. His voice is very distinctive and he was always told that he should use his voice to reach the masses. Now married and a father of four, he lives in Atlanta, GA and he is putting his best foot forward in order to become the legend that he was born to be.
« View This Artist's Complete Profile
Connect with OurStage: Facebook Twitter YouTube FourSquare Newsletter RSS feed
ADVERTISEMENT
?Need help?
Copyright © Amazing Media Group  2006-2023
p
A
n
E
F
Song Title by Artist Name
987654d
LM
iAnEAqqqq