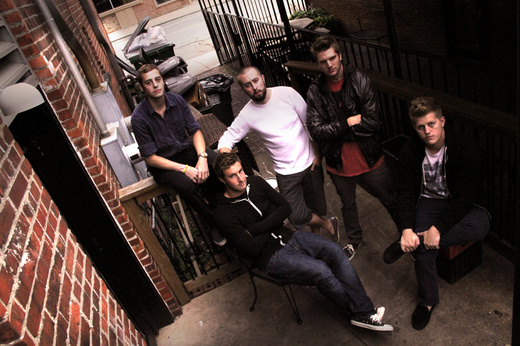 What can you say about a band that only originated one year ago? For most bands the list of achievments is not too long. Call Us Kings however, is different. Having formed in April 2010 out of Cleveland, Ohio Call Us Kings has been accomplishing things some bands can only hope to achieve. The band has already done stints on Warped Tour 2010, played the Journey's Backyard Barbeque 2010 with The Red Jumpsuit Apparatus, successfully toured across the US, played their debut show in front of 1,000+ people with Asher Roth, and sold numerous copies of their debut EP “Nut Up or Shut Up” online and in stores. These are just a few of the feats the band has accomplished in under a year.

The band's first debut “Nut Up or Shut Up,” which was released less than 10 months ago (July 2010), has given the band a great amount of success coming out of the gates. It features six “pop-punk” songs that have been described as “rollicking,” “explosive,” and “insanley catchy.” This album proves that a group of musicians can form and mesh together in a short amount of time and create something really dynamic. “NUOSU” is still selling in great amounts on iTunes and Hot Topic. Pick up your copy today.

Nowadays Call Us Kings have decided to take a different path with their music. Although pop-punk has always been a large influence on the band, the guys in CUK have always strived for something...better and...bigger! With that being said the guys have been writing what they describe as “anthmetic pop rock” or “anthem pop rock.” What this bascially means is that they are mixing elements of rock, pop, punk, and even alternative into something they can call their own. “We have always had the aspirations of playing stadiums and arenas, these new songs/sound could definitely fill out an arena,” says drummer Steve Orlando. This new sound is best described by their new singles they released in the last two months, “Reckless Nights,” "Bright," and “Clarity.” All these songs you will be able to hear on a new EP the band expects to release in the Summer/Fall of 2011.
« View This Artist's Complete Profile
Connect with OurStage: Facebook Twitter YouTube FourSquare Newsletter RSS feed
ADVERTISEMENT
?Need help?
Copyright © Amazing Media Group  2006-2023
p
A
n
E
F
Song Title by Artist Name
987654d
LM
iAnEAqqqq