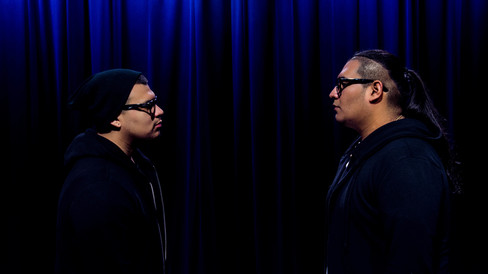 Danny & Jimmy “The Canales Bros” are a latin urban and pop duo, that originated from Arlington VA.  Their music has been known for bringing “good vibes and amazing energy” every time they get on stage.

They have currently released a new single titled “Seguimos Llegando” and are preparing to release their first album titled “The Canales Bros” on March 28, 2016. They will be promoting the album through social media and digital distribution. They will begin to promote their album starting in February.

Who exactly are The Canales Bros? Danny founder of the duo and the mastermind of Optimistic Records.  Producer, songwriter, and film maker of all their music and promotional videos. One can only imagine how much talent this brother has. Jimmy Canales songwriter, vocalist, and younger brother of Danny is also responsible for the other half of energy these two bring when they are together. What is it that separates these two from any other duo they have a connection unlike any other and are willing to put all their energy during every performance and as Danny says  “Una Conexion que ningun hermano lo tiene”.

The Canales Bros have performed in the past at the National Cherry Blossom Festival, Pentagon Cancer Awareness Festival, and Fiesta DC. These two are on a mission to leave a mark every time someone hears their music. They know just like the artists that inspire them from Backstreet Boys to Daddy Yankee one thing they have in common is that they do it for their passion towards music. Danny & Jimmy will be to show all this come March 28th when they release their album. It will show their versatility of being able to jump from one genre to another and being able to captivate audiences from around the world.