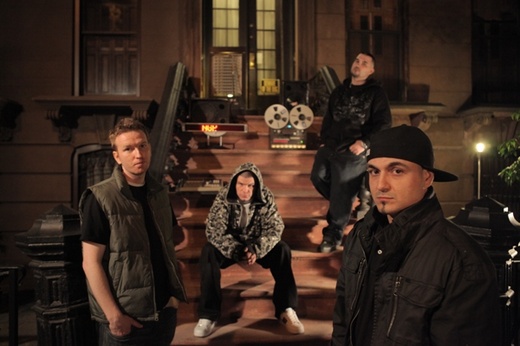 Barely lifting an eyebrow from behind the cash register, the attendant, a former high school teacher yelled, "Get out of here, you’re no good people." Recognizing the group of four boys from previous high school day antics, the former teacher promptly kicked them out of his store. Disgruntled and empty handed, the boys left the store but the term "No Good People," still lingered in their heads. Having heard that they were “no good" their entire lives, the foursome, already fledging hip-hop artists, recognized that they would be anything but. So, pride intact, and before they let one more person call them "no good," they slapped the title on themselves and officially formed the group, "No Good People."

No Good People, aka NGP, is a breath of fresh air in the music game. Stress, Sean Strange, Odoub, and Raida were all raised in the Richmond Hill section of Queens, but relocated to Long Island which is where the two sets of brothers finally met.

NGP has been featured in the Vans Warp Tour, BET’s Rap City, and were invited to open for Pitbull at Party 105’s MegaJam featuring Lady Gaga, Fat Joe, Michelle Williams, and more.