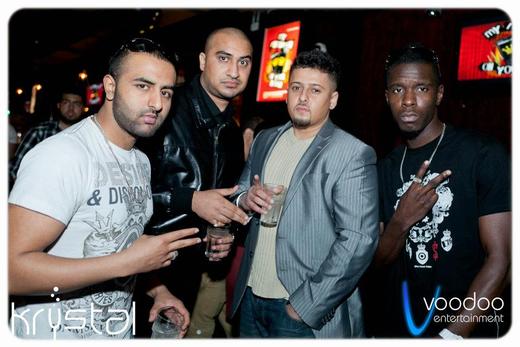 Single's From Emkay are Available from the following sites/stores:

Mohsin 'Emkay' Ali (Born February 20th 1988) is a British Asian Recording Artist Songwriter and Producer From the Greater London Area U.K. who records under the name "Emkay.'
After releasing his debut single on iTunes (May 13, 2011
he has been working under the radar since, to put together his first 'Mixtape Album' relying solely on his talent of Producing Instrumentals, writing and rapping to them. In this he has given the music fan near and far something very different to look forward to where an individual is using all his skills to compose his Music together. The Mixtape Album Titled "Son Of The Cityr" (Releasing July 2012 with no specific date given) will be what he calls "Everything I would want a Real Album to feel, sound, and be like" and will be composed of his many diverse range of Instrumentals, but strongly consisting of the Style of Rap and RnB, to bring together a very original sound and true character thus giving the music fans a real identity of himself and his journey in music. Emkay gives his thoughts on it all and talks about what to expect in this album with many scenarios and situation he feels he would find himself in as an individual and as an music artist, addressing what it would be like as he reaches his goals. Emkay goes on to say - " Even now I feel strongly about making great music, something music fans and myself could keep, regardless of this being my debut album. Ill Treat it like this was my second Instead.. like Im already there.. that way I don't feel Im never giving nothing but 100 percent each time.. This is what I love doing.. and Im the first to believe in my music before anyone eles... and I know in the end those who listen will appreciate the music and what I tried to do here.. I want the people who listen to my music to be more proud about it all then me..." 2012 now seems a very realistic year for himself and those knitted closely to him to reach out and bring something new in the Music Industry