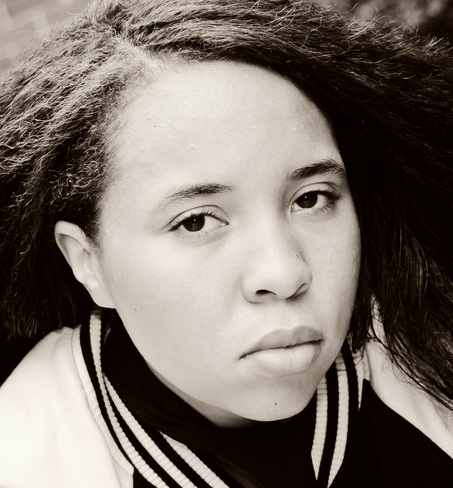 Every generation comes to a crossroads where it has to either accept the predictable, and mediocre, or to decide its time for a change...a change for the better, to follow a leader not afraid to push the envelope. This leader also has to be willing to speak for those unheard, and express for those afraid. Twenty-four year old Natalie Richmond fits the criteria to a tee, while remaining ever-so-discreet in her trademark laid back persona. She continually proves her worth, whether it’s by scaling the streets of her hometown of Erie, Pa, hustling for independent CD sales, or committing to an exhaustive weekly schedule that includes studio work, deejaying on Gannon University’s radio station 90.5FM/WERG, and still finding time to keep her peace of mind. She plays for keeps, just as hard as the “boys” can, and why not? If it’s indeed a man’s world, Ne’ Richa surely blazes the trail of empowered female pioneers who want nothing less than to rule it. The 80s had Prince, the 90s had Missy Elliott, and now for the new millennium comes along Ne' Richa, A.K.A “The LiteShado". This producer/songwriter/emcee has stepped up to take the reigns, with the intention to bring the "entertain" back into "entertainment". With a fresh mixture of bass heavy Hip Hop and electric Funk to make a sound reminiscent of the New Jack Swing wave of the mid 90s, Ne' Richa has added her own flair, bringing the style back full throttle for the year '11. She has not sacrificed a clever lyrical delivery, as she sways from animated, Looney Tunes inspired punch lines, to sincere, philisophical thought, with a staccato flow style comparable to the likes of Rakim and Nas. Ne' Richa, nonetheless, reps for the ladies, and she carries the torch well. In an era where its commonplace to sell one's body for 15 minutes of fame, this young artist brings sexy back....through class, a street swag, and a commanding stage presence. A sweet, yet mysterious, personality is only the icing on the cake for this starlet who is promised to take the hearts, and even the minds, of Hip Hop and RnB heads in the very near future.