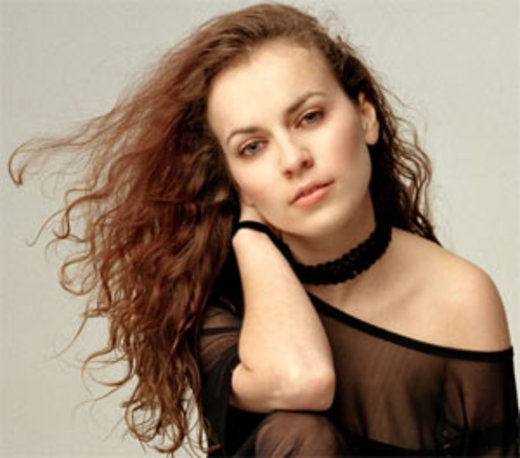 The band consists of Paulina Caine – the lead vocalist and lyricist, and Henry Kubik – the composer who also produces the music.

“This is a listening experience one has to hear to believe. This girl has the talent and voice to rock the world. Backed up by the creative mastery of Kubik, BASIC DESIRE’s music is sure to top the charts and please listeners for years to come.”
Frank Scott
Tweed River Radio

The group originally got together in 1999 under the name of FLAME, and started out as a dance oriented outfit. This collaboration landed them various radio and television appearances (Channel 7, ABC) and an independent release of songs in UK and Holland.

FLAME’s early songs were still being played on radio stations around Australia (see: ABC and SBS) when, given their passion for ballads and electronic music, Paulina and Kubik decided to change direction to their current project – BASIC DESIRE.

Almost immediately, one of their first releases - 'Once Again' - reached number one position on various internet music sites, including mp3.com.au. At the same time, Paulina has been performing at various festivals around the country (including Perth Festival, PolArt Festivals, Christmas Concerts in Darling Harbour, Sydney Festival and Conscious Living), as well as, touring with overseas acts, such as BoneyM. She has also been asked to perform the National Anthem at various sporting events.

Paulina received classical training, but decided to pursue a pop career, performing with a number of original and cover bands around W.A. ( Flame, On the Edge, Chemical Jane, Accents & Jamez Jonez). Paulina's esoteric and extremely expressive voice, is the driving force behind BASIC DESIRE, allowing the group to develop such a powerful style of music.

Kubik has already produced two albums that have given him recognition in Australia. He has released 'The Touch' in 1995 and later on, “Beyond…” that has further enhanced his reputation as one of the best emerging electronic composers.