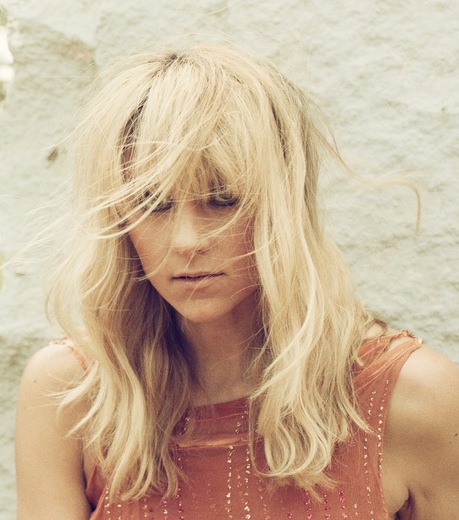 blondfire is pure emotion. blondfire is confidence. Truth. Fantasy. It’s a sense of coming into one’s own, a freedom to explore, to break free from the constraints of the day-to-day world.

blondfire is Erica Driscoll. Her ethereal yet confident vocals and ineffable style brought the band great acclaim and a worldwide fan base with the 2014 breakout album “Young Heart” (featuring the alternative hit “Where the Kids Are”).  blondfire’s new music bursts forth with a potent sense of purpose, more guitars, and more bite, both sonically and lyrically.  The new single “Pleasure” is “inspired by the crazy Manchester drug scene aftermath and how seeking that ultimate euphoria and pleasure can come with a dark side,” Erica says. “It was fun while it lasted.”

“Pleasure” – produced and co-written by Wally Gagel (Best Coast, Zella Day, Family of the Year, Escondido) – is out now on WAX LTD with a 7-inch due soon with the dreamily cinematic B-side “Domino.”  An EP is in the works for early next year with even more exciting new songs. A full-length will follow later in 2016.

A busy 2016 of touring is in the works, as well.  blondfire’s extensive touring history includes Lollapalooza and SXSW, and bills with the likes of Foals, Surfer Blood, Relient K, The Sounds, Kongos, AWOLNation, the Mowgli’s, Hunter Hunted, Ivy, Robbers on High Street, Stars, and many more.