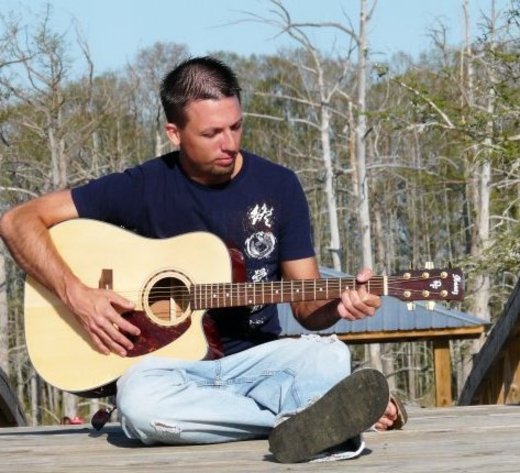 Originally from St. Louis now based out of Savannah, GA / Hilton Head, SC Wells plays a mixture of original and cover songs with great crowd interaction and always provides a fun atmosphere for people to sing and dance and enjoy the music. You will hear variety of 90's music like Matchbox 20, STP, Hootie, Better Then Ezra to your classics like Jack & Diane, Brown Eyed Girl, Free Falling to current music like Kings of Leon and even Rihanna & Sean Kingston.

In late April 2010, Brad Wells released his debut album "Stories Of My Life" and has received great response as well as radio airplay and some industry attention.

"I REALLY like "For Nothing" and "Happy" makes me laugh. Good stuff." - Siri Rosen, Howard Rosen Promotions

Brad Wells has been playing guitar and writing since the age of 14. The now 33 year old musician has also spent the last 13 years as a radio personality in various states giving him a good understanding of "playing the hits" and catering to an audience, plus quick wit.

Brad Wells has HEADLINED the July 4th Fireworks Celebration in Monroe, LA, opened for Corey Smith and played shows from Houston to New Orleans to Ft Worth to Mobile to Arkansas to Indiana and everywhere in between.

Bassist Josh Kirk has been a professional musician for over 10 years playing in many bands ranging from rock, country, and jazz. Kirk is originally from Peru, Indiana. Josh’s most success came when he was playing with the Joe Cameron Band where he had the opportunity to open up for Quiet Riot, Cheap Trick, 38 Special, LoCash Cowboys, and Boyz II Men.

Drummer Travis Hillis had 15 years of musical experience playing in various bands from Nashville and Atlanta. Hillis is originally from Nashville, TN. Travis is also a songwriter, guitarist, and drummer for the last 15 years. Hillis' playing has the speed of Zeppelin's "Bonzo" with a powerful Holifield blow.