Portuguese born Music Producer, Rapper, Singer & Songwriter Claudio Marques found his passion for music during childhood.
Whilst growing up, he lived with his mother in an area which most people would call a ‘Ghetto’. He loved the area and everyone around as it felt like a big family. Whilst people call it a Ghetto (Slums), growing up there was not as bad as people think.
‘I loved my childhood and the people I had around me, they’re people I will never forget! ‘
Like most young people Claudio loved to listen to music, however what made him stand out was his ability to indentify rhythms from an early age which was proven when he used to go to the park and use materials in the streets such as benches and poles to create rhythms which entertained those around him.
‘Even though I didn’t know how to speak English, I used to listen to American rap’
This was around the time when 50cent released his first single ‘In da Club’. Claudio was 8 years old at the time, and ‘In da club’ was one of the hits that inspired him, this was the start of indentifying music was his career. At the age of 11, his family discussed Claudio moving to the UK to better his education and in long term, his life. Coming to the UK to live with his father was a whole new experience.
‘This was now a fear for me, I could not imagine myself sitting in a class room not understanding a word of what people could be saying to me’
However Claudio was able to overcome his fear. After being in the UK for about a year he was able to speak and write in English, which was one of his biggest achievements in his life aside from music. At this stage he started to produce his own beats. In 2008 he was then confident in taking it all to another level as he started uploading his instrumentals on social network sites such as YouTube and Facebook. By doing this Claudio was noticed by local people who then wanted to work with him.
In 2009 Claudio wanted a new challenge which led him to start, raping/singing/song writing in English on top of his own beats. Through social network sites Claudio was now being asked to perform in local shows/events. He took the opportunities to open shows for various artists which then expanded his fan base and confidence.
Claudio is now building up his connections within the music industry. Above all he is also going to study Music Production in University to broaden his skills in music which will help him achieve his main goal. 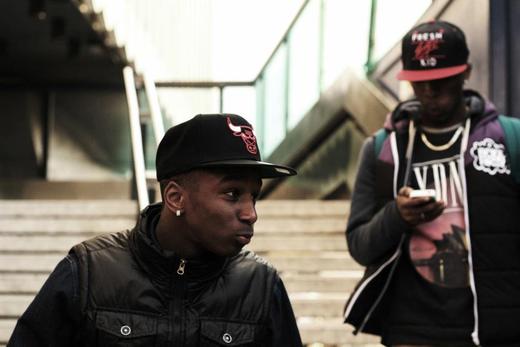