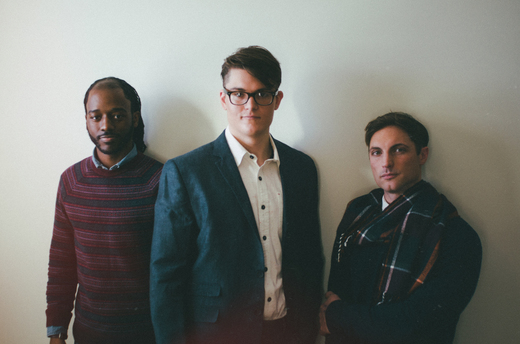 People like genre titles, which are meant to give the listener an idea of what they're about to experience.  It's our natural human tendency to desire order.  This music doesn't work that way.  It doesn't fit into a "genre box" and that's exactly what sets CoastalRise apart from other music today.  Their passion-filled lyrics in combination with their beachy vibe is appealing and inspiring to all ages, and fans of all genres.  In a new generation of music, people find the CoastalRise sound refreshing.

CoastalRise has been creating together since October of 2010. This group of friends had no intention of becoming a band, but through a shared passion for their faith and their art, the music was a natural product of their friendship.

CoastalRise has been quickly rising on the indie scene.  Just after the release of their self-titled debut album in June of 2011, they showcased at the prestigious 'Creation Festival NorthEast,' where they took the top indie performer pick, landing them international recognition.

In the non-summer months, CoastalRise has played at many of Philadelphia's top music venues and for sold-out crowds on the local music scene.

'Call of the Sea,' the next CoastalRise album, just released in April 2013, is creating quite a buzz.

A writer for Ourstage Magazine sums it up well in her review of CoastalRise when she says, "You could say that CoastalRise is fueled by a love of the life aquatic and a steadfast faith in a higher power.  It's beachy, but never preachy, even if the majority of the songs are about a spiritual journey.  In other words, pagans are welcome.  CoastalRise seems to alternate between breezy, barefooted soul-funk like 'Hollow' and heart-wrenching ballads like 'Sweet Lord.' Whether they're playing soul or baring souls, this group can make a believer out of anyone!"

As Timmy said, in an interview on NPR's 'Here and Now,' with Robin Young, "We want to make "good" music in every sense of the word."  CoastalRise is good musically - with original styling and intricate grooves, and good morally - with messages of hope and love in a dark and noisy world.

Perhaps this is why CoastalRise has been welcomed at both secular and worship-style venues.  Their live performance is engaging and feels like a party!  Although the message may be subtle, they don't hide who they are or who they're singing for!  It is their greatest desire to see people drawn to the Lord through their music. God is using CoastalRise - there is no denying it.  They play to every audience with the same heart and those who hear are certainly blessed.