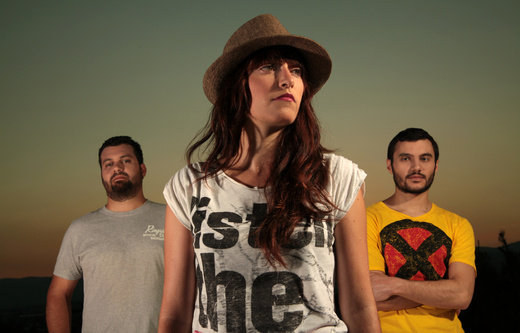 C.O.D.E were founded in 2002 by Vicky, Giannis and Miltos while they were students at the University of Crete in Greece. After experimenting in blending electronic sounds with rock attitude and style, they released their debut album “Culture Of Digital Elegance” in the beginning of 2008. A year later some of the albums tracks were remixed by Geedel and the “4 on the floor” EP was released. The band has performed in numerous stages in Athens and other major cities in Greece. Their live show has been characterized by many as “Energizing and Uplifting” with Vicky always giving an exceptionally passionate performance on the vocals! C.O.D.E are now in the studio recording their second Album “Taming The Future” which will be released in the Fall of 2011.