"Coles Whalen is a woman who makes things happen. When she wanted to jumpstart her music career she bought a pickup truck, toured the country and sold CDs out of the back. Then, when opportunity knocked and kept knocking, she picked up her guitar to open for artists like Joan Jett, Pat Benatar, Rufus Wainwright, and yes, even Akon in Montreal, Nashville, Denver, and all points in between. But it isn’t just sheer will that’s gotten Whalen to where she is today. Her homespun blend of bluesy, swampy folk has something to do with it." – OurStage

Ten years ago, after finishing a degree in music and business, Coles Whalen decided to sell everything she had in order to buy a camper. This camper became her home as she toured the nation selling her first record Coles Whalen EP (2005) soon followed by Gee Baby (2006) - her first full length album. Whalen found a way into Borders bookstores and spent almost four years playing multiple shows a day in Borders across the US, building a following and selling over 10,000 CDs right out of her truck.

In 2007 Whalen signed with an independent label and released Nothing Is Too Much (2007). After a year, she found herself in a corner. The label owned the masters, couldn't afford to print more copies and had her legally bound for two additional records. Having no other option Whalen regrouped, bought herself out of contract, and began again.

Whalen moved from her hometown of Denver, CO to Nashville, TN to work on her songwriting. She continued to tour out of music city, playing around 100 shows a year, and wrote and released her 4th and 5th CDs, The Whistle Stop Road Record (2009) and I Wrote This for You (2012) which include co writes with some of Nashville’s best, among them Rob Crosby and Keith Stegall.

Accomplishing all she set out to do in music city, Whalen headed back to Denver where she currently lives. She still tours nearly non stop, recent performances include opening spots for Pat Benatar, Joan Jett, Rufus Wainwright, Paula Cole and Kellie Pickler and her music has been heard on US, Canadian and Australian Television. (Passport and Pallete, La Galere, CMC, Elle: A Modern Cinderalla Tale).

DISCOGRAPHY:
PRESS:
This girl is one of the best country performers out there right now, just under the radar- a great time to see an artist in my opinion. -No Depression

It is tough to emphasize how lush and powerful this woman's voice is. Those in the audience who had not heard her before were awestruck, and those who already had were mouthing the lyrics to her songs. -Westword, Mark Sanders

A glance at the life and times of this honey-voiced Nashville-via-Denver singer confirms Whalen has always been an unflinching romantic with an epic vision. -The Omaha Reader

While Coles Whalen's bluesy folk attitude is apparent, it’s songs like “Wake Up Easy” and “Paper Airplane” that give examples of the brilliant mind behind the beauty. All said, Coles Whalen should be the rising star from Colorado. -Colorado Music Buzz

I am sitting here today with a true sense of the word talent. With a voice that will knock your socks off and the musical talent that will make you sway right there in your chair, she understands what it takes to make it. -IndyConcerts.com

It’s truly inspirational to see an artist that possesses so many excellent qualities; she’s talented, approachable, and extremely loyal to her fans. -Music Tyro 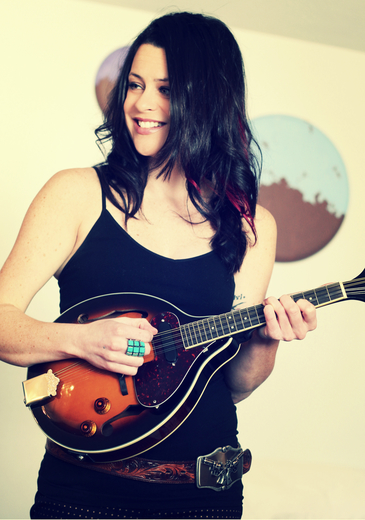