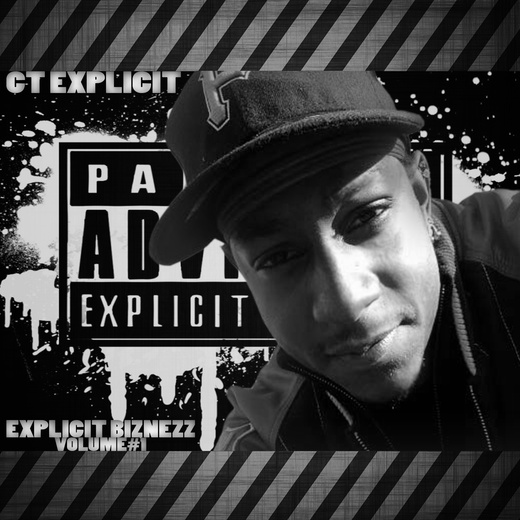 Best known for: Making music that expresses the pros and cons of life

Quotes: “Music has always been an equal substitute for my blood” “16’s CASHMONEY I CALL THEM LIQUID LOOT”

At an early age Cameron Turner, also known as CtExplicit, stood out among his peers. In grade school, Cameron was willing to invest in making his own music. “I always wanted to know how people got a hit song on the radio, and I read the dictionary to find out what the lyrics meant.” At the age of 9, the young artist made music with the people in his neighborhood of Rialto, Ca.  The Pop music of the 1980’s influenced the future musician in a major way, as Madonna, Michael Jackson, MC Hammer and Bobby Brown, are still some of his favorites.

During the later part of elementary school, Cameron discovered the meaning of the word “Explicit,” and began to live his life by the definition. Using a Master P instrumental, Cameron wrote his first rap song that he approved of. CtExplicit was born. The rap/hip hop music of the 90’s was and still is known for its explicit content with artist like, Tupac, Biggie Smalls, Bone Thugs, Snoop Dogg, and Warren G all helped to reinforce CtExplicit’s dogma.

In 1997, the 13 year old and his family moved to Upland, CA with his aunt. Waiting to become an official 7th grader, he immediately experienced a more suburban type lifestyle. While listening to various types of music, like Puff daddy, Aaliyah, Missy Elliot, and DMX, CtExplicit began listening to more rap artist like, Jadakiss, Busta Rhymes, 50 Cent, and more.

In high school the musician would finish his class work ahead of time, so he could talk to girls and write lyrics. “I had seven of my teachers’ influence me in a major way, and I listened to them.” CtExplicit had a Marketing teacher tell him about his skills and how he had a knack for self-marketing. “I knew that I had the ability to connect with various people and could not stay in one space, myself and my music needed to EXPAND”

After a certain level of motivation was obtained, the level of devotion increased even more than before. Life became hectic for the musician, who was busy with work, sports, and overwhelming class schedule. After being terminated from his job at Fed EX, CtExplicit knew that the only way he was going to be happy in life was to revert back to his EXPLICIT nature and not give a f***. This is an authentic lifestyle for the artist which is not to be misunderstood as a negative action, just an EXPLICIT action. In 2005 CtExplicit joined a music group called ACK RIGHT ENT. “Let the Journey begin”

“I had a lot of lonely nights in the studio, where I thought—would this really work for me.”  Some friends, associates, etc. let him down during some of his most difficult times. CtExplicit invested many of his earnings in recording equipment and in 2007, performed for over a hundred fans at a bar and grill type restaurant. After this performance, CtExplicit felt the need to do bigger shows and had confirmed the fact that he was destined to entertain.  2008 was a year of heavy mental training for even better song creation and preparation. In 2010, CtExplicit started showcasing all around Hollywood and in his local area. In 2011 CtExplicit released his mixtape Explicit Biznezz Vol. 1 on Halloween. The BMI licensed artist has opened for: Kurupt, Mike Jones, E-40, Bad Azz, Trina, Ludacris, and more. CT Explicit wants to travel the world and share his talents, and will not stop until he is remembered “like a Beatle.”