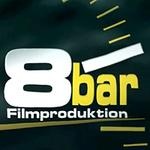 In the summer of 2005 we started an acting-workshop for young adults. They came from very different social backgrounds and were up to that point absolutly unexperienced.
1 Year later we wanted to make a great 20 minute Trash-Actioner, so the actors could show their new skills in a very entertaining way.
Very soon the scheduled shooting time of two weeks was blown and we were going to shoot almost a year and a half. We had no budget, but every crewmember put some bucks in the bucket, dreaming of the first own action-horror-splatter-movie.

Now we are still in post-production, hoping to get that 80-minute-or-something-monster done in the middle of 2008.