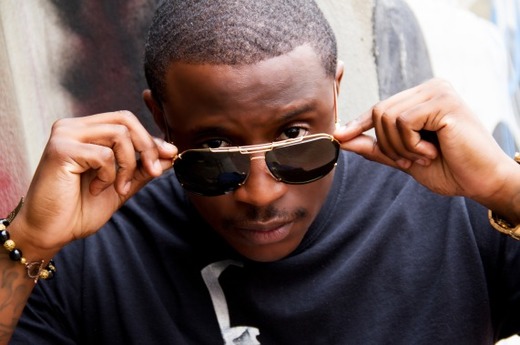 For Bobby Swagg, music has always been more than just lyrics intertwined with a beat. It was stories of unsung heroes like in 2pac’s “Dear Mama” and pleas for better days taken from “Change the World” by Bone Thugs –N–Harmony . For him, it also represented a release from feelings he bottled deep inside,feelings that he knew yearned to be free.
He soon realized his calling by putting pen to paper. Soon words that once lined the glossy pages of black and white composition books accompanied the stressed and unstressed beats of rhythm; and at the age of 8 the lyricist, Bobby Swagg, was born.
His ability to dissect songs continued to aid him as his music progressed. His theory on music from back in the day was that there was always an underlying meaning in every song, and if you slowed the beat down just enough to listen to and focus on the words, every track had a message. The beat was  complementary, but the words were the heart.
Through hard-work and perseverance, Bobby Swagg began to see the fruits of his labor recognized in numerous ways. He has been ranked #1 in Rap and HipHop in the Washington, DC area on MySpace, and has done a number of performances and radio interviews throughout the area as well.
The defining moment came with the release of his first official mixtape The Launch in late 2011. His versatility and methodical approach has led him to write and co-produce head bangers like “Lose it” and modern-day ballads coupled with an old school feel, like “Love Letter”. He is currently gearing up to release the music video for his first single, “Cold” in 2013. His longevity is the result of his determination and his love of the art form that is music.

To listen to and/or purchase any of Bobby Swaggs songs, please log onto any of the following websites

Bobby Swagg – ReDedication (Mixtape) by DMV FOLLOWERS
@itsbobbyswagg For Bobby Swagg, music has always been more than just lyrics intertwined with a beat. It was stories of unsung heroes like in 2pac’s “Dear Mama” and pleas for better days taken from...
Bobby Swagg lives up to his name by PRLog (Press Release)
BOBBY SWAGG His name says it all. Bobby is all about that energy that one exudes from their body, whether its with voice or just that aura around him. His brother Mo Litmon said he was deadly on...
Bobby Swagg Releases New Single & Music Video by TOP 40 CHARTS
New York, NY (Top40 Charts) The rapper known as Bobby Swagg has released his new single, "Cold," to widespread critical and fan acclaim. It has been concurrently released with a corresponding...
MIXTAPE REVIEW: Bobby Swagg "ReDedication" by UNDERGROUND HIPHOP BLOG
From beginning to end “ReDedication” The MIXTAPE by Bobby Swagg offer some of the best Hip Hop that the indie Hip Hop scene has to offer especially for the DC area. 13 tracks with about 7...
Mixtape: Bobby Swag (@itsBobbySwagg) – The Launch by THA PRODUCE SECTION
DMV artist Bobby Swagg releases his debut mixtape via HNHH.com With production from VTZ, Aganee, Flawless Tracks and more it is def a mixtape worth the listen. Check it out and show him love!
Bobby Swagg – Booty Work & Exclusive Interview by WWS MAGAZINE
Interview Tell us about where you are from and how you got to this position today. I’m born and raised in Drama City, our nations capitol Washington DC. My mom played 2pac and Biggie and naturally...
p
A
n
E
F
Song Title by Artist Name
987654d
LM
iAnEAqqqq