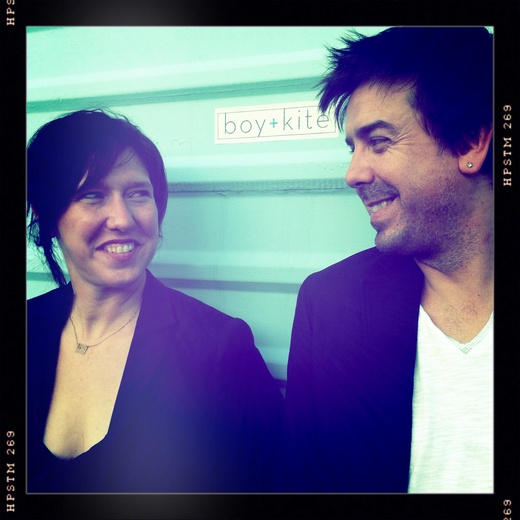 Boy + Kite (“Boy Plus Kite”) was formed in 2009 in an unlikely place - a hot tub. Back then, Boy + Kite’s Darvin Jones and Beth Puorro would often sneak into a spa on the outskirts of Austin to swim and pretend to be members of the bourgeoisie. While lounging in bathrobes and discussing band break-ups, Jones and Puorro realized a mutual connection that would eventually lead to the creation of Go Fly, Boy + Kite’s debut album. Though the pair initially bonded over shared musical interests, they still considered themselves polar opposites, with Jones’s heart based in experimental sounds (B. Fleischman, Ms. John Soda) and Puorro’s leaning towards pop (The Cure, The Pixies).

Discover the Undiscovered by Filter Magazine
Please meet our November edition of Discover the Undiscovered, Boy + Kite.Boy + Kite (“Boy Plus Kite”) was formed in 2009 in an unlikely place - a hot tub. Back then, Boy + Kite’s Darvin Jones and...
Boy + kite is Soaring by The Squawker
Austin rock outfit Boy + Kite has come quite a ways from the hot tub they claim to have been formed in back in 2009.Last week not only did the four-piece – which consists of Guiseppe Ponti, Darvin...
p
A
n
E
F
Song Title by Artist Name
987654d
LM
iAnEAqqqq