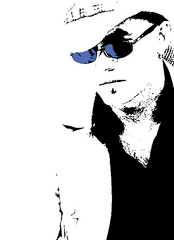 Burning Abigail is the Soulful Funky Groove Rock sound fronted and founded by singer/songwriter/guitarist Scotty McWalter. By combining influences such as Jazz, Rock, Funk and R&B, then applying a retro sound over the top, Scotty has created a smooth unique, yet accessible and popular sound. Scotty has been performing his creative arrangements and high-energy stage shows in many of Colorado's music venues since Fall of 2006, continually growing and refining the bands sound, developing a following and most importantly, entertaining the crowds and patrons by sharing his smooth groove-oriented music. Scotty’s music has been described as, “…deep and forward thinking with an old school yet fundamentally tasty foundation and an energizing groove.” Scotty’s influences range from various 70’s Funk and R&B artists to many newer singer songwriters such as Pat McGee, Edwin McCain and Maroon 5. “Soulful music… Burning Abigail play it smooth…. Scotty McWalter sings with a sense of urgency.” - Nathan Harper/Scene Magazine. “This combination of blues-like lyrics combined with the feel of 70's funk, this band can really move a crowd.” - KGLR 95.3FM ...Awsome Music... - Nancy Levine/Westword