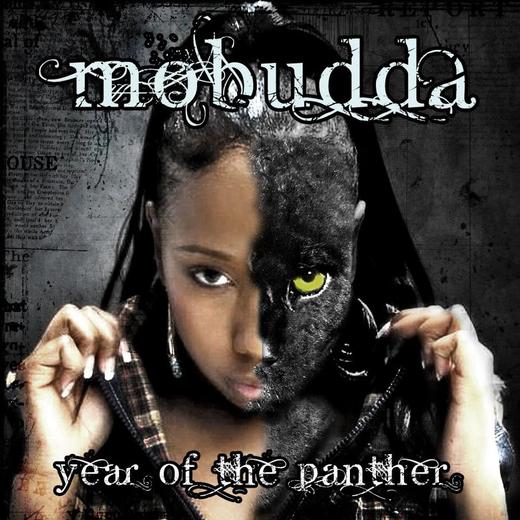 Rapper/Singer/Song writer Monesha Jones pseudonym as Mobudda was born April 4th in Hartford, CT. She is of Portuguese and Black descendent. Raised by her single parent mother and grandmother. Her father never claimed her as a child so she took on the last name of her mother “Jones“. Her father was a drug attack and is still struggling with drugs today. He was never in her life as a child, so her grandmother replaced her sons mistakes by taking care of her at a young age. If it was not for Mobudda’s dad’s mother “Karen Mendes” her Mom would not have been able to attend school and provide for her first born. In 2002 Mobudda lost her grandmother in her arms after a three-month tumultuous fight against pancreatic cancer. She held anger as a teen and also struggled with lesbianism during this lost time.

Mobudda was always a talented child with a unique singing voice. Her music started with emotional poetry. She would write about her deceased grandmother, the absents of her father, and the abuse in her home between her father-in-law and mother. The music started with sorrow it made her expresse a true story in which someday she hoped to share. Mobudda played the piano and also took voice lessons at the age of 16. Her first performance was a talent show at  her high school New Britain High. After the crowd reaction and rush feeling she felt this was her calling. This is what I am suppose to do she said, shortly after she performed at several open mic’s during high school.  She also recorded her first track at the age of 16 “ My 1st Love” where she wrote about hip hop dying.

Now as a upcoming artist she has been broke down doors that has tried to block success and encouraged herself to chase her dream. In 2009 she invested into herself and released her first mix tape called “Wave Runners” where she promoted her single “So Fly“. This is where she caught attention to being managed by an A&R named LP of New York’s Bigg Boy Mgmt. She has entered into unsigned showcase’s such as Major Hype Entertainment in Hartford CT and has won. As well as The Get Your Buzz Up Showcase in Nyc, and had been asked to return to feature. With performances at Fluid Lounge in Philly, New York’s Club Element, Sapphire and Vudu Lounge. Several shows at Cloud 9 and Vibz Uptown in Hartford Ct. Opening for Lil Kim in Springfield Mass and performing in Holla Back Video Awards in New Haven Ct. She continues to put on great shows and now is a high demand in her home town. She now owns her own label Wave Runner Ent, LLC and writes music other artist.

In June of 2012 Mobudda will release her own solo project named “Year Of The Panther”. She has worked with many upcoming producers and encouraging artist. Her style can’t be compared to any hard core street rapper. Mobudda educates her community on politics  in her lyrics, yet makes it fun to listen to. If you had to compare her music she would be a mixed between Nas, Missy Elliot Lauryn Hill and MC Lyte. Very universal yet knowledgeable to the hood she was raised in. Still unsigned she has been offered to sign with several Indie labels. As a female artist learning the industry she has had several situations where produces have held her music hostage and has been in several uncomfortable unprofessional situations. This is why she created Wave Runners Ent, LLC where she is CEO. Every day is a new lesson in the music industry. Mobudda is kind and loving her motto is love and be loved, she has supported several peace funding events, and hopes to become and activist like her great aunt one day. Although in her music she makes it aware that she can release the beast, she is a ticking bomb.