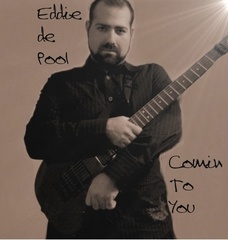 I am a Christian Guitarist/Bassist/Vocalist/Producer/Recording Engineer based in Nashville, TN. Guitar being my main instrument. I am Classically trained and have been playing guitar for 24 years. While I have played hundreds of shows, I am a pretty dedicated musician who has only actually been a part of maybe less than 7 bands in 16 years. In the last 10 years I’ve only been in 3 bands as a actual member. But I have helped a lot of different groups including Worship Teams, Hard Rock bands, Classic Rock bands, Pop bands, and Black Gospel bands. At the moment I am looking for a group now to join as a full time lead/rhythm guitarist. I can be hired for tours and shows.

I don't need much. As a guitarist I always end up very strongly listening to the drummer more than anything. So really just a place that is sturdy to set up my amp, a nearby power source that isn't over loaded, and either a monitor of the drummer or to be standing near the drummer.