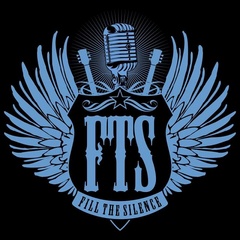 Fill the Silence delivers an incredible high energy live show every time, capturing the imagination of a rapidly growing six figure national fan base. Their first single ‘Push' from their upcoming album can be found on FM and Internet radio, as well as iTunes, Amazon and over 50 other major retailers, They performed with notables such as •Miss America Caressa Cameron •Warrant •L.A.Guns •Upcoming performances booked with Faster Pussycat and Bulletboys •Extensively toured with Joe Leste’s Bang Tango After two months on the road with dozens of shows spanning 12 states, Fill the Silence returns to Seattle for a brief time to perform several headline shows, and as support for national acts tentatively scheduled for July and August, before heading back out on the road for the remainder of their US Tour finally heading into the studio to finish recording their full length album by years end.

Fill the Silence - Unplugged by New Day Producers
One local band is really turning up the volume on rock and roll. Fill the Silence is a band made up of five friends from eastern Washington who are earning fans from around the country with their...
p
A
n
E
F
Song Title by Artist Name
987654d
LM
iAnEAqqqq