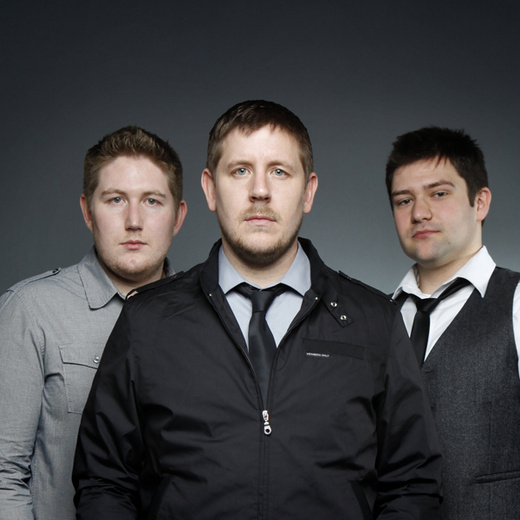 The recently formed Salt Lake City band, Frame & Canvas, released their debut album, "The Lights, The Sound", on June 24, 2011. Armed with ex-members of Mesa Drive and Paxtin, the band self-produced and recorded the album at the Lounge Studio with engineer, Trevor Price (Mesa Drive, Paxtin). Heavily influenced by the pop-rock sounds of Jimmy Eat World and The Fray, "The Lights, The Sound" features soaring guitars, soulful vocals and sing-a-long choruses. You can count on pop singles like "Butterscotch", "Sure", and "Come Back to Me" to sing-a-long to, but if you're looking for something to feed your angst, you can soak up brooding tracks like "The Lights, The Sound" and "Daylight".

Solid Song Writing by Tom Bennett, SLUG Magazine
Their set was full of solid song writing and smooth progressions. If they keep it up, I expect they will again have songs on X96 and other like-minded stations." -Tom Bennett, SLUG Magazine
Hook Dreams by Autumn Thatcher - IN Weekly
Frame & Canvas began making music together over a year ago when they came together for a side project that ended up evolving into a full-time gig. Since that time, the three members of Frame...
p
A
n
E
F
Song Title by Artist Name
987654d
LM
iAnEAqqqq