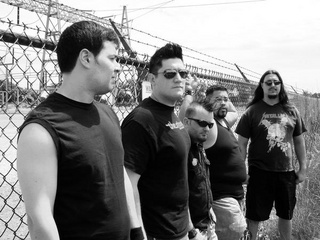 You are about to view 95.1 WIIL Rock’ Bandemonium 2009 Contest Champions, FULL THROTTLE. 95.1 WIIL ROCK is a popular radio station based out of the Milwaukee, WI and Chicagoland area. After performing a total of 4 shows at Austins Fuel Room in Libertyville,IL, the band took home the title as 2009 Bandemonium Champions. The Fuel room has hosted other acts such as Buckcherry, Chevelle, Saliva, Theory of a Deadman, and Vince Neil of Motley Crue. Their energetic live performance, and unique sound, will leave you wanting more. They are a breathe of fresh air in a stale music scene. Check Full Throttle out!! That is where YOU, the viewer comes into play…. Please review us and give us your feedback…… Full Throttle, is a musical rock group based out of the northwest suburbs of Chicago. We strive to set ourselves apart musically from other typical rock bands. We’ve been told we have a truly unique, but yet identifiable sound. With our target fan base being from mid- teens and up, we are able to please crowds of most any age group. With that being said, we love to play in front of a live audience,and hope to have the oppurtunity to rock out for YOU! While starting out as a cover band performing everything from “Creedence Clearwater” to “White Zombie”,- We have been concentrating heavily on creating original songs for the last few months. We have produced our demo (copies are floating around now)Produced by Jay Walsh(farviewrecording) and Mastered by John Scrip(massivemastering). All the distrubution is done by ourselves. We are willing to play anything from a House Party to a Summer Festival, MC parties to the local watering hole. Just let us know when and where. Shoot us an e-mail at fullthrottlecgo@hotmail.com or message us on myspace for more details.

Any stage size will work, we run 2 guitar half stacks, and 1 bass stack. As for mics, we run 3 backup mics(wireless for the drummer and boom mics for stage front), and a wireless mic for vocals. We are able to supply our own PA for smaller venues.