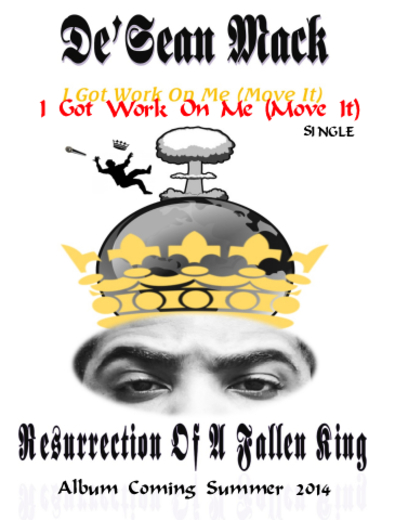 De’Sean Mack released his debut album, New Day Same Dollar N.D.S.D. (Woods), on October 31, of this year, which tells the underlying changes his life experienced over recent years. His current single, Im Trap’n, is on rotation on many radio stations, of which are queued for his new single, ProMotion. The album features Mack’s stunningly fierce punch lines, and amazing collaborations with other unique Hip Hop artists such as Blizz Tha Boss and Danny Phantom. N.D.S.D., released by Wooded Hoods Entertainment, is available for purchase by digital download, distributed by Sony/IODA’s on online retailer giant’s websites, including eMusic, iTunes, Amazon, Google Play, Android store, Xbox, PlayStation and more; a minimum of 400.

Mack can be found on a number of websites on the Internet, which provide the latest videos, music, and photos, you can sign up for his mailing list, or just get to know a little more about the person behind the name. While his home website is his label’s site (http://www.woodedhoods.com), he is also on Facebook, Twitter, MySpace, ReverbNation, Soundcloud, and a host of others.

RAM JAM TV by
...100 Gang is representative of anyone who is making the hard choices of staying true to their work and themselves while pushing ahead for their breakthrough. Mizzy Mack continues to churn out...
p
A
n
E
F
Song Title by Artist Name
987654d
LM
iAnEAqqqq