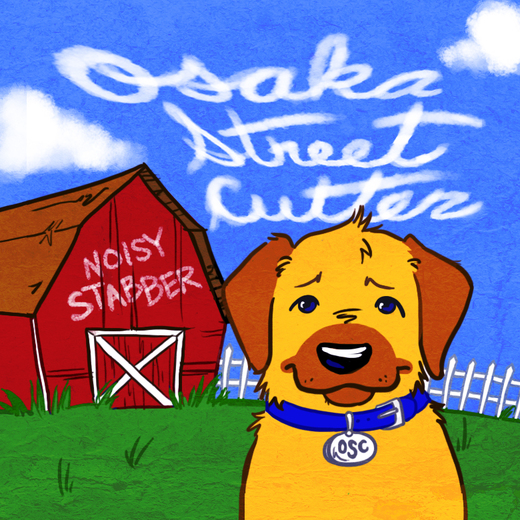 …just kidding, nobody really knows what they are. Their music is like if the Keebler elves went to IHOP and ordered tapas, or if Billy Corgan sat on Rupert Murdoch’s lap and told him what he wanted for Christmas (Rosetta Stone – the Tagalog version).

The truth is that Osaka doesn’t have one specific way to describe their sound. Combining musical vocabularies that include piano pop, boisterous New Orleans parade jazz, fiery salsa and 90’s emo (Osaka cries a lot), their songs are etched from memorable melodies and infectious rhythm.

They match serious lyrics to hooks that are poppy to the point of elation, conveying a degree of snarkiness that results from being twenty-somethings living in Boston. Osaka takes the arrogant disaffection everyone has but doesn’t want to admit and hurls it back in your face. Their high energy performances compel you to stomp-clap stomp-stomp-clap and shout along to songs like “Noisy Stabber” such that first-timers think it’s a cover of a song they’ve never heard.

Osaka has kicked off sets with “The Star-Spangled Banner” played on a melodica, with straight faces, hands over their hearts and showing such seriousness that the room was pretty much forced to sing-along. It’s about inviting 60 friends to their show at a house they don’t even live in. The residents, unaware of what’s going on, come home from work and think “what the hell?” but can’t help but go along with it. Osaka is that compelling.

The band has played at venues throughout Boston. These include the Middle East Downstairs, Great Scott, Church of Boston, Hennessy’s Hooley House, Rosebud, McGann's Pub, and Northeastern’s afterHOURS.They have also played Desmond's Tavern in Midtown Manhattan.

The single "Noisy Stabber" was released September 24, 2013. Osaka released the single "Eisenhower" on Presidents' Day, February 18, 2013. The band released a 5-song EP entitled Consensual Reality on April 10, 2012. It contains 5 songs, including the single Wreckless. Previously released are the two singles, Macy’s Beachway, which was released in April 2011.

Osaka Street Cutter @ Church, 8/20/11 by
The next band, Osaka Street Cutter, has gathered quite a lively crowd, which is an impressive feat, considering how early it still is in the afternoon. The band mentions something about an after...
Scene Stand...The Red Carpet by
Osaka reminds you what it's like to be 17 and wondering if you'll be home in time before the sun comes up.
p
A
n
E
F
Song Title by Artist Name
987654d
LM
iAnEAqqqq