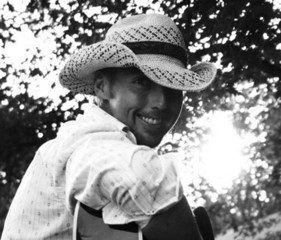 Jason was born and raised in Valley, AL. His family used to attend the "all night singings" at church. It was then that Jason made up his mind that he wanted to be the one on stage. He made his first appearance at the age of 18.

Jason is also a member of the Nashville Songwriters Association who has pitched one of his songs and given excellent reviews on his material.

He has recently recorded an album in Nashville produced by Mark Oliverius, and established producer who has toured with numerous recording artists. Struggling with the dilemma of taking on his heart's desire and providing for his family, Jason put music in the backseat as a hobby and became a successful business owner in the home building industry. After many years of hard work, he and his family made the decision that the time was right for him to pursue his heart's passion and seek a full-time music career.